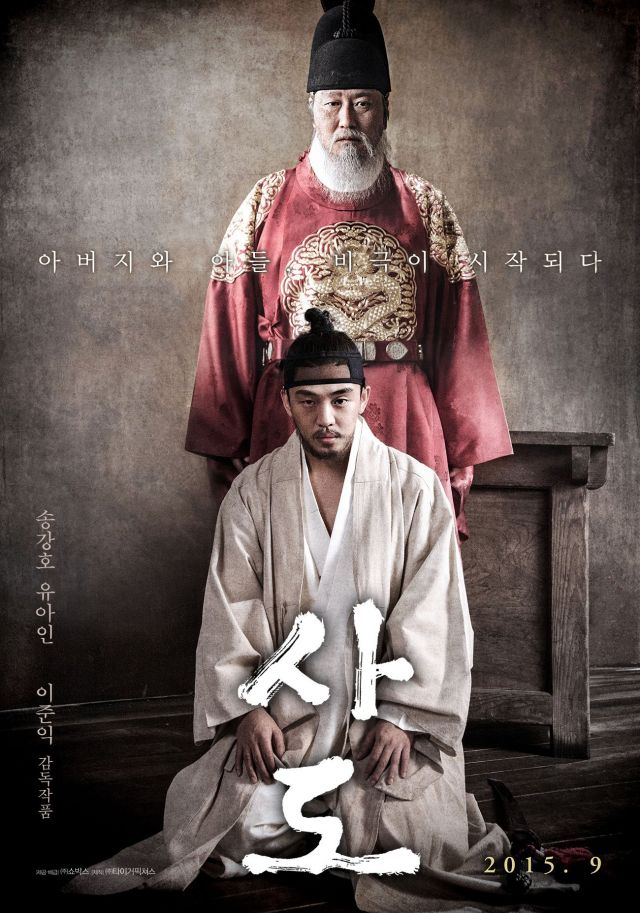 Synopsis: Jun-sik and So-yeon have been married for five years, but have been afraid to make loIn the year of 1762, when King Yeongjo of the Chosun Dynasty has been ruling for 35 years already, Crown prince Sado is accused of plotting treason. Yeongjo falls into a dilemma since he could not penalize his own son as a traitor as it would mean that he would become the father of a traitor threatening his throne, and ends up ordering Sado to take his own life. As Sado's lieges oppose Yeongjo's decision by putting their own lives at risk, Yeongjo locks Sado in a wooden rice chest.

"The Throne (2015)"
by HanCinema is licensed under a Creative Commons Attribution-Share Alike 3.0 Unported License.
Based on a work from this source