The time has come. Sector 7 is released in the USA and Canada! 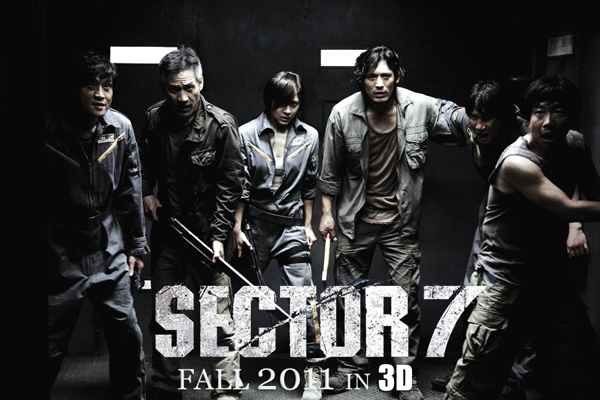 Where have you been? What are you doing this weekend?

Something awaits 8000 feet under the sea off the southern tip of Jeju Island.
As bodies begin disappearing one by one, the few surviving need to think fast and fight for their lives in a non-stop battle against the mutant monster from the sea. Survival looks unlikely, but Hae-jun and the crew are determined to take any chance to get out of "Sector 7" alive (Click HERE to see the TRAILER)

The First 3D Korean Sci-Fi/Action movie is releasing NATIONWIDE this FRIDAY! Viewers have described "Sector 7" to be "JAWS meeting "The Host"" and for all you Secret Garden fans:

In the last episode of "Secret Garden", director Lim hands over a script to GIL LA-IM who'd just come from registering her marriage. In the script she had in her hands were the words "Sector 7". O.O

Oh! and for all you people who don't want to buy tickets.
Why pay when you can win FREE tickets?
Just vote on our Sector 7 Movie Website, PROMO PAGE

Question: Which Ha Ji-won 'LOOK' is your favorite? 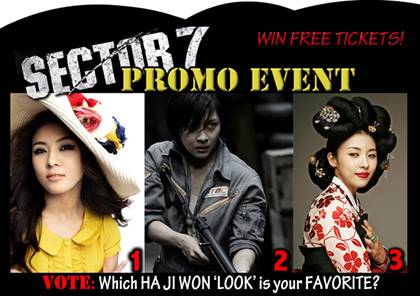 ...so come out this Friday and put your 3D Glasses to finish your summer off with this KOREAN ACTION/SCI-FI BLOCKBUSTER, Sector 7 B)

"The time has come. Sector 7 is released in the USA and Canada! "
by HanCinema is licensed under a Creative Commons Attribution-Share Alike 3.0 Unported License.
Based on a work from this source