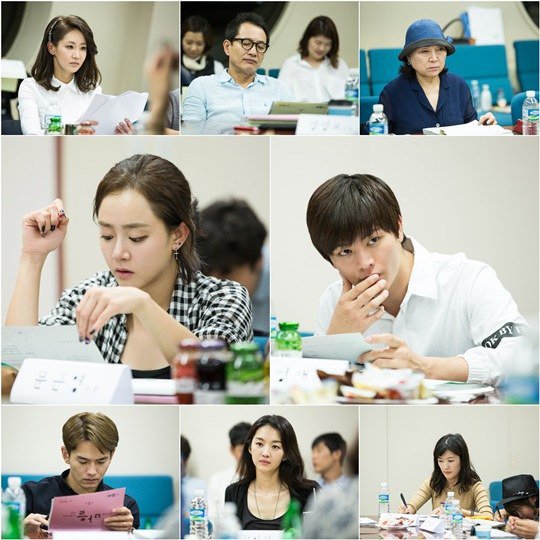 Director Lee Yong Suk made a speech saying, "I want all the viewers to think that there was a hint here and make them think like they've missed it". The cast and staff arrived prior to the promised time and had said their hellos.

Moon Geun-young plays Han So-yoon, the person who discovers bodies in the Village of Achiara and stands in the middle of the case. During break Moon Geun-young sat next to Do Hyeon-kyeong and asked her everything she wanted.

Yook Sung-jae in the role of Park Woo-jae, a policeman who digs for the secret of the village did a good job as well. The rest of the cast that day did an outstanding job and made the producer proud as he had boasted that he brought together only the best from Chungmuro.

What heated up the session the most, was the identity of the criminal who had made it so that the dead bodies were discovered. Everyone's eyes sparkled at Lee Yong Suk's hint of the criminal as no one knew who it was and everyone gathered around during break to guess who the criminal might be.

All the members of the cast stayed back to ask questions and discuss their lines with the writer and director after the session.

The peaceful Village of Achiara which was thought to be ordinary turns things around when old and dead bodies buried alive are found. "The Village: Achiara's Secret" is written by Do Hyeon-jeong and directed by Lee Yong Suk.

""The Village: Achiara's Secret" script reading "
by HanCinema is licensed under a Creative Commons Attribution-Share Alike 3.0 Unported License.
Based on a work from this source