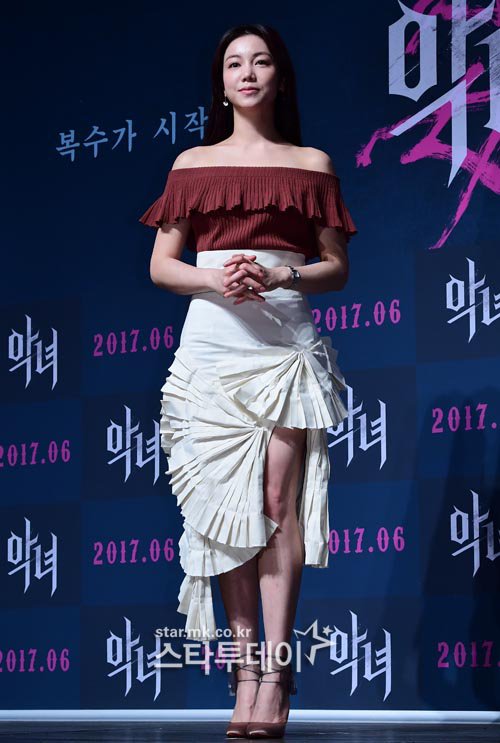 Actress Kim Ok-vin, the new action queen from Korea, is going to Cannes on the 19th.

She's returning to Cannes for the first time in 8 years since the movie "Thirst". 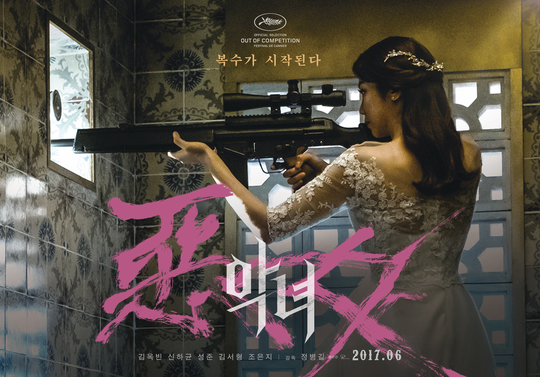 Sin Ha-gyoon was also invited with her but he won't be able to make it as he has had a leg injury. Director Jung Byung-gil, Song Joon and Kim Seo-hyung are going with Kim Ok-vin.

"The Villainess" is an action movie about a killer named Sook-hee who sets out for revenge. The movie poster induced anticipation for Kim Ok-vin's change in character and the movie has been invited o the Cannes Midnight Screening.

Kim Ok-vin shows a tremendous amount of charisma in this movie She knocks out her enemies with just a sword and throws herself out windows and fights on motorcycles.

The movie comes out in June.

""The Villainess" Kim Ok-vin goes to Cannes"
by HanCinema is licensed under a Creative Commons Attribution-Share Alike 3.0 Unported License.
Based on a work from this source