Theater Actors Who Made It Big With Drama 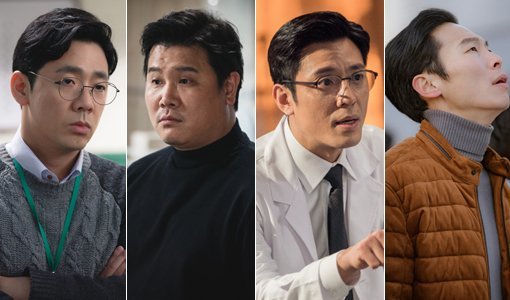 There are actors who stand out and look familiar in dramas. That means they must be a 'star from Daehakno' (Daehakno is an area in Seoul associated with culture). Numerous theater actors have taken to dramas recently.

SBS's "Stove League" and tvN's "Crash Landing on You", which ended with 19.1% and 21.7% respectively, are some good examples of these dramas. Kim Do-hyun, Kim Soo-jin-IV and Kim Ki-moo from the baseball operations team in "Stove League" used their experience in theater as a stepping stone. Yang Kyung-won in the role of Pyo Chi-soo and Cha Chung-hwa in the role of hairdresser Yang Ok-geum from "Crash Landing on You" are also theater actors.

SBS drama "Dr. Romantic 2"-featured Kim Joo-hun, who is in bad terms with Han Suk-kyu's character in the drama, is now building reputation, as he started drama at a later age. Jeon Mi-do, who is already a star in theater, has been cast as the leading actress in the new tvN drama "Hospital Playlist", beginning on the 12th of March. PD Sin Won-ho is known for his use of theater actors since his "Answer Me" series. Even drama and broadcasting producers who disapproved of theater actors because they felt that they 'stood out too much' or 'overacted', are now looking for that ace in their works. Drama officials say that actors like Jin Seon-kyu and Park Hae-soo, who used to center around theater, have created a good precedent by making it big in movies and dramas.

Analysis says that the trend of realistic acting on the stage matches with that of looking for new faces. Realistic performances are in the spotlight these days in theater, and it just so happens this kind of acting happens to hit it off with audiences in dramas too.

"Theater Actors Who Made It Big With Drama"
by HanCinema is licensed under a Creative Commons Attribution-Share Alike 3.0 Unported License.
Based on a work from this source