Theme song for "The King 2 Hearts" is full of sexiness 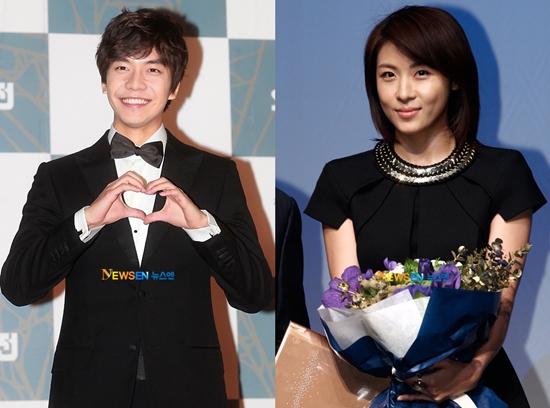 The theme song for "The King 2 Hearts" has been revealed.

It has been recently revealed that the theme song for Ha Ji-won and Lee Seung-gi's "The King 2 Hearts" was actually Kylie Minogue's "2 Hearts". It seems that the director of the drama Lee Jae-gyoo put this up himself.

Kylie Minogue's "2 Hearts" gives a strong impression of sexy stickiness. Many wonder how Lee Seung-gi and Ha Ji-won are going to carry out the rough breathing and dark atmosphere.

Netizens say, "I was surprised at how sexy it is", "Ha Ji-won and Lee Seung-gi?", "The lid must come off to know", "I thought it would be fresh love but this was unexpected" and more.

"The King 2 Hearts" started shooting at the end of January and will be aired right after "The Sun and the Moon" whenever its final episode occurs, around the end of March or the start of April.

"Theme song for "The King 2 Hearts" is full of sexiness"
by HanCinema is licensed under a Creative Commons Attribution-Share Alike 3.0 Unported License.
Based on a work from this source