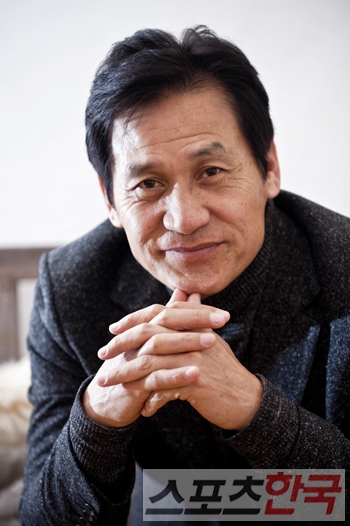 Ahn Sung-ki will make an appearance as the senior of Cheol-soo (Sol Kyung-gu), a National Intelligence agent. He won't appear much but it's a key role that will add weight to the overall film.

It seems that Ahn Sung-ki decided to star in this movie for his friendship with the director, Lee Myung-se. The two met ion the 1999 movie "Nowhere To Hide" and also in the 2005 movie "Duelist". Returning for the first time in 4 years, Lee Myung-se sent a love call to Ahn Sung-ki and he agreed.

Ahn Sung-ki is currently looking through his next project with "Broken Arrow" having succeeded so well early this year.

"Mr.K" will be released at the end of this year and is a comedy spy movie about a top secret agent and his wife and the things that happen when the wife who didn't know about her husband gets involved with a case.

"Third time with director Lee Myung-se"
by HanCinema is licensed under a Creative Commons Attribution-Share Alike 3.0 Unported License.
Based on a work from this source