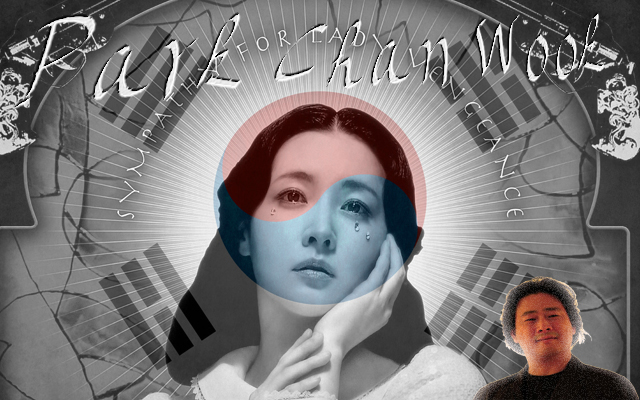 Plot: A woman serves 13 years in prison after confessing to the murder of a young boy. But is everything as it seems?

We often think about actors being typecast, and how some struggle to break from the norm. But we don't always think about directors and the risks they run. Some directors jump into films against audience expectations, such as John Hughes taking on ANNIE. Something that makes Park Chan-wook such a brave director is how he delved into his Vengeance Trilogy. Directing three stories in a row dealing with revenge may seem excessive, but the fact that the films share a similar theme but are handled in completely different ways just shows what a thoughtful perspective Park towards his theme. Trilogies such as this are much more fascinating than continuous stories, as they create a more complete exploration of thought provoking subject matter.

"Sympathy for Lady Vengeance" really does feel like the experimental younger sister of her predecessors. But what can one expect from the film before watching? Obviously the main difference here is taking on a woman's perspective of vengeance. Will it be that much different? One thing I know for sure is that women really know how to hold a grudge, even when they have seemingly gotten over it. But surely women aren't as violent or cruel. So this will be an easier watch I'd imagine.

If "Sympathy for Mr. Vengeance" was the cruel and bleak first instalment, with "Old Boy" exploring the entertainment and satisfaction of revenge, then "Sympathy for Lady Vengeance" is all about the planning and gradual release of heavy burdens. It's also the more artistic of the three, as Park looks towards stunning visual imagery more so than he has done before. This is notable in the opening credits, where washes of looks like blood is revealed to be the application of make-up. Being familiar with Park's previous work, I was immediately thinking of blood and chaos from the outset, but "Sympathy for Lady Vengeance" likes to take its time.

Like Oh Dae Su in "Old Boy", our protagonist, Lee Geum Ja (Lee) is imprisoned for over a decade. Unlike Dae Su, Geum Ja knows the exact reason for her imprisonment and goes to your regular prison. Geum Ja has confessed to the murder of a little boy. Imprisoned at the age of 20, the media and public are fascinated by the beauty this murderous woman possesses. However, as you can imagine, Geum Ja is not responsible for the crime, but has taken the fall to protect her infant daughter. Upon her release, Geum Ja sets about taking revenge on the real culprit with the help of some very dedicated friends.

"THN's Korean Cinema Style Week 10: Park Chan-wook - "Sympathy for Lady Vengeance""
by HanCinema is licensed under a Creative Commons Attribution-Share Alike 3.0 Unported License.
Based on a work from this source