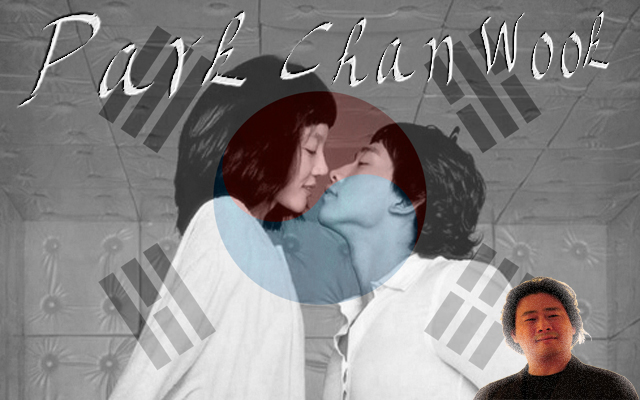 Plot: After an apparent suicide attempt, Cha Young Goon is sent to a psychiatric hospital. She also believes she is a cyborg and so doesn't feel the need to eat. A fellow patient sets about encouraging her to not starve to death.

After hitting, what seemed at the time, a career high that could never be beaten, it was time for Park Chan-wook to try something different. His Vengeance Trilogy was receiving praise the world over, and he had made a name for himself thanks to the dark themes, gruesome visuals, and thought provoking content. Something new was needed, something completely removed from his previous work. Enter "I'm a Cyborg, But That's OK", a bizarre fantastical romance that had more in common with the quirky worlds of Jean-Pierre Jeunet and Marc Caro, than it did Park Chan-wook. However, this wasn't just a sudden change in approach triggered by some career crisis. "I'm a Cyborg, But That's OK" came from a very touching place, and that was Park's decision to make a film more aimed at teenagers, of which his daughter was one.

I wanted to make a movie that my daughter and her friends could watch; one that dealt more with adolescent teenage concerns.

With that quote it's kind of easy to see where Park is coming from…kind of. The film has a very definite whimsical charm to it. It may take place in a mental institution, but each of the characters is crafted with a lovingness that makes it easy to relate or at least empathise with. The characters are infused more with slight quirks than what would be described as traditional mental illnesses. It is certainly an innocent fantasy that Park has sculpted this asylum into. Rather than delve deeply into specific illnesses, we have a series of patients who are almost like cartoons. There is the man who must always walk backwards and believes everything is his fault, a woman who suffers from mythomania and gives her own 'interesting' accounts of everyone's back stories, just to name a couple. Their illnesses are often played for laughs but never in a cruel and mocking way. Seeing Shin Deok Chun (Oh) take the blame for everything or just contemplate that certain actions may have been his fault, is humorous in a bittersweet kind of way.

In terms of the main characters we have Cha Young Goon played by Lim Su Jeong, best known for her role in "A Tale of Two Sisters", and Park Il Sun played by Korean pop sensation, Rain, in his first major acting role. Both these young stars bring an innocence to their roles which is essential but challenging to pull off. Young Goon believes she is a cyborg and has been admitted due to an attempt to attach electrical wires to herself via cutting her wrists. Seen as a suicide attempt; and because of a grandmother who believed she was a mouse, Young Goon looks to be recharged but believes food will cause her to malfunction. Il Sun is a kleptomaniac with a difference, he is able to steal people's souls and their traits. Il Sun feels an immediate connection with Young Goon and gives himself the task of convincing Young Goon to eat. Their entire relationship brings into question how those in psychiatric care are treated. The doctors' solution to Young Goon's refusal to eat, is to give her shock therapy and force feed her. On the other hand, Il Sun decides to play into her delusions, by "creating" a device that he then pretends to surgically place inside her. He tells her this device will convert food into energy without harming her. This works to a degree, but is it healthy to humour the mentally ill girl? Il Sun isn't completely oblivious to the dangers that his tactics may introduce, as we see in the final moments of the film.

"THN's Korean Cinema Style Week 11: Park Chan-wook - "I'm a Cyborg, But That's OK""
by HanCinema is licensed under a Creative Commons Attribution-Share Alike 3.0 Unported License.
Based on a work from this source