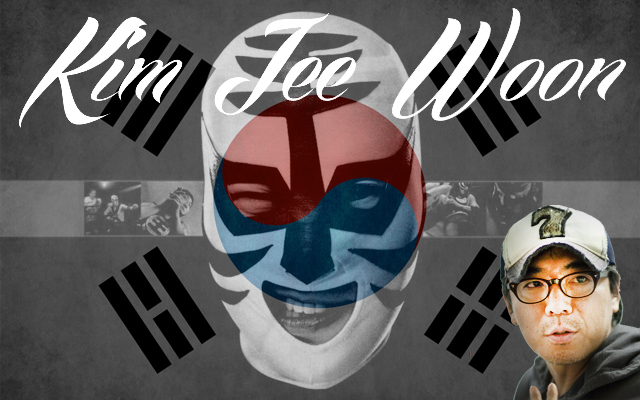 Plot: An incompetent bank clerk gets involved in the world of professional wrestling.

After the success of Kim's debut "The Quiet Family", he found himself writing and directing this little sports comedy which is probably his least known effort. Quite why it is yet to receive the coverage of his earlier and later efforts is quite the mystery. It may be because it came at a time when slapstick and dark comedy dramas were being pushed aside in the west, in favour of teen sex comedies.

"The Foul King" is a look at the tediousness of everyday life, which is an even bigger issue in South Korea where working hours can make our jobs seem part-time. This film was also released four years before the government tried cutting down on working hours by introducing a mandatory 40 hour working week for companies with a certain amount of employees. Even now, with contracts in place, many employees are expected to work way beyond their agreed hours. "The Foul King" gives us one man who decides to break free and stand out from the working masses. That man is Im Dae Ho (Song Kang-ho) a mild-mannered bank clerk who arrives late for work every day.

The opening shot is a close-up on a television screen screening wrestling. Even for those of you with no connection to the sport, it's an opening that may confuse you into thinking you love the sport, due to the soft and gentle piano solo that plays over the images. This moment is also important as, despite the violence we see on screen, it has a calming effect. It feels therapeutic and relaxing. This is in stark contrast with the next scene of suited workers barging their way on to a subway train. It's played for laughs, but there is also a very sad truth to it.

One of the people crushed into the subway train is Im Dae Ho, and once he gets to work things only get worse. His boss is such a tool the best way to describe him is to say if this film was American, Kevin Spacey would play the role. Everything about him oozes a sense of misjudged self-importance. After Dae Ho is placed in a headlock by his boss, it becomes apparent that the scripted beatings of wrestling are nothing compared to the jungle that is the working world. Song Kang-ho is perfect in the role of Im Dae Ho. He has the slapstick loser part down well, but as he makes his transformation throughout the film he is utterly convincing. Not an easy task considering he doesn't appear to gain muscle for his role as a wrestler.

Continue redaing on The Hollywood News

"THN's Korean Cinema Style Week 2 : Kim Jee-woon - The Foul King"
by HanCinema is licensed under a Creative Commons Attribution-Share Alike 3.0 Unported License.
Based on a work from this source