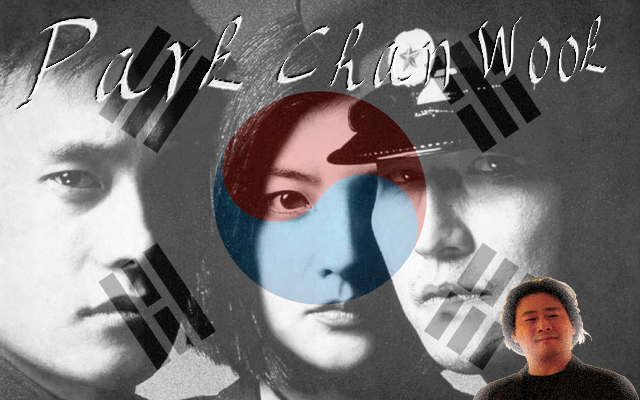 Next year will see three of South Korea's most commercially successful and critically acclaimed directors present their English language debuts. Kim Jee-woon (THE LAST STAND), Park Chan-wook (STOKER), and Bong Joon-ho (Snowpiercer) have already proved themselves in their homeland, and here at THN we are taking a look back over their past efforts. Here's our first look at the films of Park Chan-wook, join us each week over the course of the next few months as we explore The Land Of The Morning Calm.

Plot: A member of the Neutral Nations Supervisory Committee arrives in Panmunjom, the town that houses the Joint Security Area between North and South Korea, where she must investigate the murder of two North Korean soldiers.

Park Chan-wook was two years away from starting his Vengeance Trilogy. A trilogy that would include one of South Korea's new wave's defining films, "Old Boy". However, before any of that Park directed a powerful film of intensity and great importance; a film that can be looked at in a multiple number of ways, and pretty much sums up exactly what is great about film. That film was "JSA - Joint Security Area". Granted, Park Chan-wook had previously directed two features, but neither was received very well, nor is easy to come by. In fact, he had put his filmmaking career on hold to focus on becoming a film critic. Luckily, JSA turned out to be a brilliant film which is mystery, action, a wonderful friendship, and quite the educational experience, at least as an introduction, into the complex history and conflict between North and South Korea.

One of the most impressive things about Park's JSA is that you don't need a history lesson to enjoy it. In saying that, some knowledge of the ins-and-outs of the countries will enhance the viewing no end. After the country was divided in two a demilitarized zone (DMZ) was set up along the 38th parallel, within this DMZ is the Joint Security Area (JSA), where North and South Korean soldiers stand face to face, and where diplomatic engagements between the two countries take place. To see the JSA is truly a site to behold, with just a strip of concrete being the line between the capitalist South and the totalitarian North. Whereas this information will certainly go some way to explaining the conflict between the two countries, that is obviously present in the film, the complexities are almost innumerable. Luckily Park boils this all down into a very personal and humane story.

It starts on a dark night where we hear (but at this point don't see) a shooting. It is soon revealed that a South Korean soldier, Sgt. Lee Soo Hyeok (Lee Byung-hun), has killed two North Korean soldiers in one of their border houses. A survivor, Sgt. Oh Kyeong Pil (Song Kang-ho) claims Soo Hyeok attacked them, whereas Soo Hyeok testifies that he was kidnapped and fought for his escape. Into this mess steps an NNSC officer, Maj. Sophie E. Jean (Lee Young-ae), a member of the Swiss Army who happens to be of Korean descent and harbours her own secrets. She's the perfect character to guide us through this tale, and one of the reasons it works on an international basis. It also prevents the film from becoming one sided or leaning too heavily in one country's favour, something I think is very important when trying to create a connection with the audience and the characters presented. After all, a lot of the western world's main exposure to North Korea will be through the marionette of Kim Jong Il used in TEAM AMERICA: WORLD POLICE and the coverage we see of North Korea at its most extravagant and bizarre, as that is what they want us to see. Park does an excellent job, thanks in no small part to the actors portraying North Korean soldiers, at representing them as humans with differing beliefs, and not the brainwashed robots North Korean's are often betrayed as. Whether brainwashed or not is hardly the point, their beliefs are exactly that.

"THN's Korean Cinema Style Week 7: Park Chan-wook - "JSA - Joint Security Area""
by HanCinema is licensed under a Creative Commons Attribution-Share Alike 3.0 Unported License.
Based on a work from this source