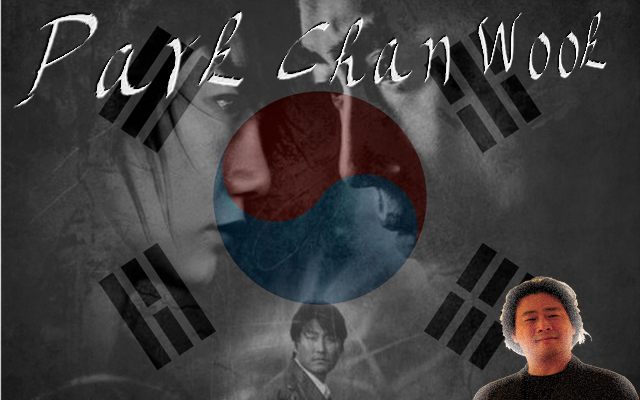 Next year will see three of South Korea's most commercially successful and critically acclaimed directors present their English language debuts. Kim Jee-woon ("THE LAST STAND"), Park Chan-wook ("STOKER"), and Bong Joon-ho ("Snowpiercer") have already proved themselves in their homeland, and here at THN we are taking a look back over their past efforts. Here's our first look at the films of Park Chan-wook, join us each week over the course of the next few months as we explore The Land Of The Morning Calm.

Plot: A deaf mute gets involved with black market organ dealers in order to supply his dying sister with a kidney. However, events soon spiral out of control to involve kidnapping, death, and vengeance on many levels.

And so began one of the most intriguing trilogies ever put to film. Like many of the best trilogies, this wasn't a continuing story arc. Instead it was an examination of a specific subject, in this instance Vengeance. Vengeance is a fascinating subject for anyone to even contemplate. First of all how does one even go about seeking vengeance? When is it acceptable and when does it go too far? Should it be an eye for an eye, or should the punishment exceed the crime? Is forgiveness the best option…and on and on. No wonder Park Chan-wook decided to tackle an entire trilogy of films. "Sympathy for Mr. Vengeance" is not only the first of the trilogy, but in my opinion the best and most fascinating.

First of all we meet one of our protagonists. I say 'one of' because Park shows how revenge and poor decisions stretch out and infect everyone surrounding the events. Ryu is a deaf mute (Sin) a fact that isn't used to generate immediate gushing sympathy for the character, but is instead used as a brilliant cinematic tool throughout the film. His inability to hear the world around him isolates him and makes interactions hard. Perhaps his dyed green hair is his way of crying out to those he can't communicate with vocally? Ryu lives in a noisy apartment with his sister. The camera pans around and we get snippets of arguments, sexual intercourse, and conversations, things that Ryu can't experience. It shows us how the world around him is a confusing and irritating place. Because of this, Ryu's sister (Lim) is unable to sleep, which ironically means that Ryu can't sleep. It represents the connection the two have to each other, a bond that highlights them as an almost singular entity.

Ryu is fired from his job, an act that takes place off-screen. Park decides to have a lot of key moments and decisions happen away from the viewer, which forces the script to be smart enough to include references to important events or represent them visually. In a way it helps us relate to Ryu as he rarely sees the entire picture due to his disabilities, we're in his frame of mind having to piece things together from what we do know. It's a film that is certainly not for the lethargic viewer. Losing a job, a dying sister in desperate need for a kidney, and showing Ryu helping an elderly man pull his trousers up, all go to show Ryu as a kind, caring, hardworking, and downtrodden member of society. Already there are probably certain acts you might forgive him for (littering, stealing a horse, etc.), and this film will certainly test how far you are willing to excuse his actions.

Park also makes sure to show us how bizarre, cruel and unforgiving the world Ryu finds himself in is. As his sister writhes around in agony behind him, which he cannot hear, we are shown a group of boys living next door masturbating to the sounds they believe are coming from sexual ecstasy. It's typical dark Korean humour, which makes us laugh at the absurdity, before also realising how wrong it is. It also points to how powerful sound can be, as Park uses it astoundingly well and Ryu is robbed of it. After being told that a kidney transplant is not likely to happen via legal means, Ryu decides to exchange all his money and his own kidney for one from the black market. He's cut open and left naked and alone, with no money and no kidney. As fate would have it he is then told by a doctor that miraculously a kidney is now available. Ryu needs money and fast, and so he turns to his tomboyish anarchist girlfriend Cha Yeong Mi (Bae) for ideas and the first one is to get even with Ryu's ex-boss by kidnapping his daughter and asking for a ransom. Considering this to be far too risky and easily traceable, they instead decide to kidnap the daughter of his boss' friend, Park Dong Jin (Song).

"THN's Korean Cinema Style Week 8: Park Chan-wook - "Sympathy for Mr. Vengeance""
by HanCinema is licensed under a Creative Commons Attribution-Share Alike 3.0 Unported License.
Based on a work from this source