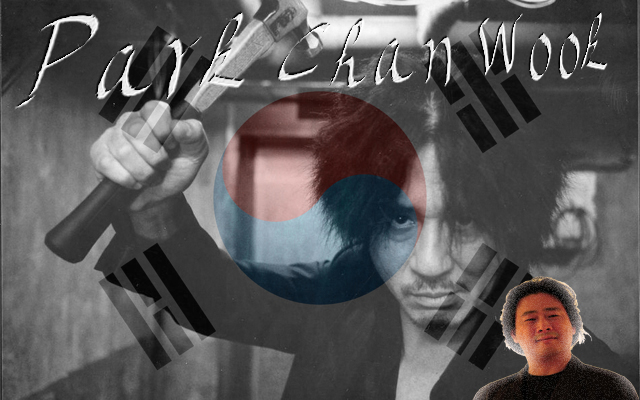 Plot: A man is kidnapped and imprisoned for 15 years for no apparent reason. He is then released and given 5 days to solve the mystery of who had him imprisoned and why.

"Old Boy" is 10 years old this year, hard to believe that a film can remain so striking after simply dozens of viewings. This year will also see Spike Lee's remake hit the screen. "Old Boy" will most likely forever stand as the film that all Korean films will be judged by thanks to its accessibility as a heart pounding thriller and the fact that it's a daring film with unspeakable shock value which never feels contrived. It is the second in Park Chan-wook's astonishing revenge trilogy and is completely different in tone and construction than its predecessor SYMPATHY FOR MR. VENGEANCE. "Old Boy" certainly deals with the theme of vengeance, but this is a much more entertaining film as it masquerades as a mystery film noir, and lures us into feeling gratification at protagonist Oh Dae Su's (Choi) vengeance. However, by the end of the film we are forced to feel the guilt of allowing this rampage to enthral us so.

Even the title itself brings many questions and possible interpretations with its ambiguity. There is a clear explanation given for its use later on, but it can also be read in many ways. First of all it's an obvious oxymoron with two conflicting ideas placed next to each other. We see later in the film how things that really shouldn't go together sometimes do. It also describes Dae Su's character, as an immature but adult drunk towards the beginning of the film and how his captivity keeps him isolated and in that childish state of mind in many respects.

As a sharp dressed, but wild haired man, holds a man by the tie, seemingly dangling him off a building, he decides to tell us his story. We're soon transported back to view a man named Oh Dae Su drunkenly rambling in a police station. The whole scene was improvised by Choi Min-sik, and it's a brave way to first show us this character. He a loud and obnoxious drunk, but again we're sort of entertained by this, much like the violence and vengeance also captivates us. We take on the perspective of the police themselves, watching Dae Su, but never intervening. Before long he's taken away by pal Joo Hwan (Ji), but as Joo Hwan talks on the phone to Dae Su's family, Dae Su; unseen by us, is taken away. It's a dark and rainy setting, but Park Chan-wook's decision to focus on the phone call rather than the abduction, means the disappearance is just as confusing to us as it would be to Joo Hwan.

This is when we delve into the confusing world of Dae Su's capture. Alone in a hotel room, he is kept there for 15 years. In that time he writes a journal, tattoos the years on his arms, and chisels out a brick with a single chopstick. His only friend is the television which acts as his only window to the outside world, but when he discovers his wife has been murdered and he has been framed, it is clear that this friend is a cruel bringer of truth. With no explanation and no date given for his release, Dae Su does well not to stumble into insanity, although his hallucinations of an ant crawling out from under his skin and then a swarm consuming him. Dae Su also begins to train himself in his own brand of fighting. Park does a wonderful job of taking such a small area and transforming it into an entire world with expertly crafted camera angles and beautiful framing. The editing also gives us a distinct passage of time which is very important in understanding Dae Su's pain and anguish. They could have simply ended the scene with Dae Su sporting a ridiculously long beard or some other generic device, instead we are shown how he is gassed regularly to have a haircut. The care taken with Oh Dae Su is confusing and infuriating. This punishment is worse than death in many ways, mainly because absolutely no reason is given for it. Dae Su may not be a very pleasant man, but he certainly never lets on that there is something he deserves punishment for.

"THN's Korean Cinema Style Week 9: Park Chan-wook - "Old Boy""
by HanCinema is licensed under a Creative Commons Attribution-Share Alike 3.0 Unported License.
Based on a work from this source