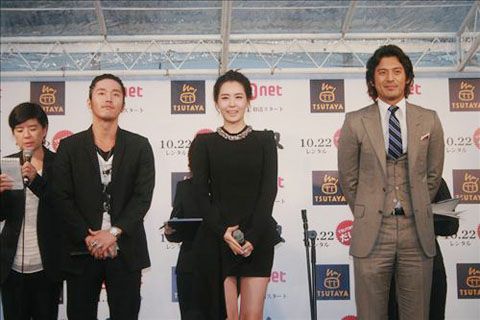 "The Slave Hunters" will be broadcast on the Hallyu channel MNet from November 1, and the video files will be ready for rental service at the TSUTAYA shops in all parts of the country beginning October 22.

The actors appeared on the talk show held at the outdoor stage in the Shinjuku Station Square located right in front of Shinjuku Station in Tokyo on September 27. They were also invited to the event to be held at the Yamano Hall in Yoyoki in the evening of the same day.

Actor Jang Hyuk said, "This historical drama is something new. I want you to focus on the story of the people living their lives while watching the drama". Oh Ji-ho also introduced the drama by saying, "I had filmed the drama for two months by giving my utmost effort to show only the best action scenes". Lee Da-hae was asked which male character she liked more between Jang Hyuk and Oh Ji-ho, and she made a witty answer by saying, "I like both because Jang is my first love in the drama and Oh is my husband in the drama". 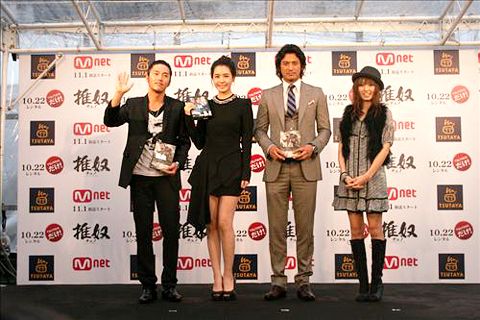 The actors expressed their appreciation by shaking hands with the fans who visited the event to see them. They added, "We want people who watch our drama to have their hearts warmed".

"Three Actors from 'The Slave Hunters' Visit Japan"
by HanCinema is licensed under a Creative Commons Attribution-Share Alike 3.0 Unported License.
Based on a work from this source