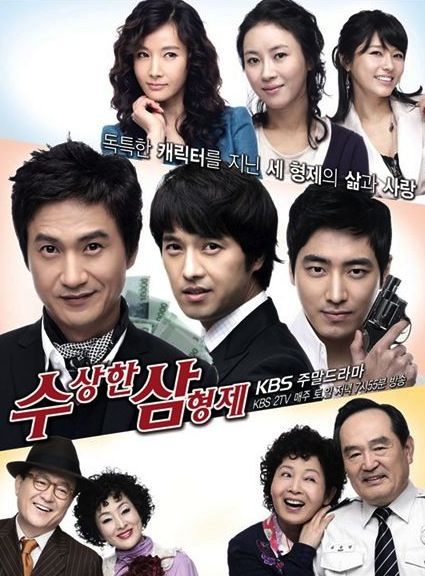 Statistics by TNS Media Korea and AGB Nielsen Media Research showed that "Three Brothers" took the No. 1 spot on both charts between January 25 and 31, scoring viewership ratings of 38.2 percent and 35.4 percent, respectively.

"Three Brothers", which draws on the different lives three brothers live, has seen solid ratings since its premiere in mid-October.

Daily series "Jolly Widows" ended its seven-month run on Friday. It had been a steady favorite amongst viewers, maintaining ratings in the 20 to 30 percent level during its showing.

"Three Brothers maintain rule on TV charts"
by HanCinema is licensed under a Creative Commons Attribution-Share Alike 3.0 Unported License.
Based on a work from this source