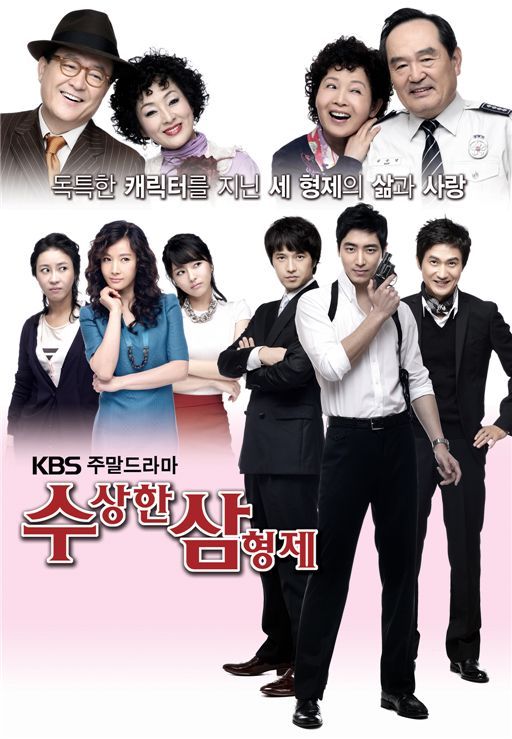 According to statistics by TNS Media Korea on Monday, the show was the most-watched drama in the country with a 36.6 percent viewership rating during the week of January 18 to 24.

KBS1 TV's daily drama "Jolly Widows" and KBS2's traditional drama "The Slave Hunters" came in second and third with an equal number of viewers, recording a viewership rating of 32 percent.

In the non-drama category, KBS2's "Happy Sunday" remained on top with a viewership rating of 29.6 percent. MBC's daily sitcom "High Kick Through The Roof" came in next with a rating of 25.5 percent and SBS's "World Changing Quiz" rounded out the top three with a score of 24.8 percent as of last week.

""Three Brothers" tops TV ratings for fourth week"
by HanCinema is licensed under a Creative Commons Attribution-Share Alike 3.0 Unported License.
Based on a work from this source