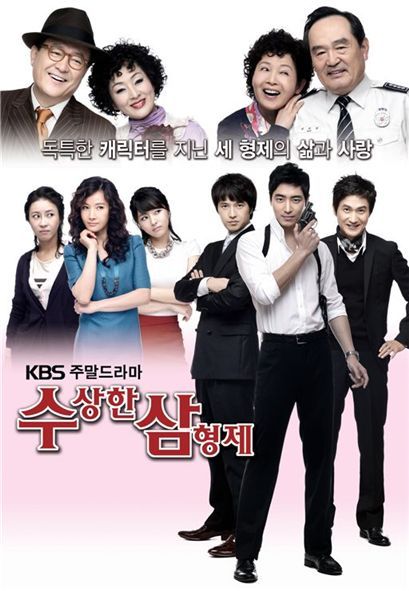 KBS2 TV's weekend drama "Three Brothers" has topped TV ratings for the third consecutive week, according to a poll on Monday.

Statistics by TNS Media Korea showed that the Saturday-Sunday family drama was the most-watched show during the week of January 11, recording a viewership of 36.5 percent in ratings.

KBS1 TV's daily soap opera "Jolly Widows" scored a rating of 33 percent to score the second highest rating while historical drama "The Slave Hunters" made its way into the top three with a rating of 29 percent.

In the non-drama category, KBS2 "Happy Sunday" topped the ratings chart with a viewership of 26.6 percent. MBC's daily sitcom "High Kick Through The Roof" ranked second with a ratings of 26.1 percent and "World Changing Quiz" came in third with a total viewership of 22.2 percent last week.