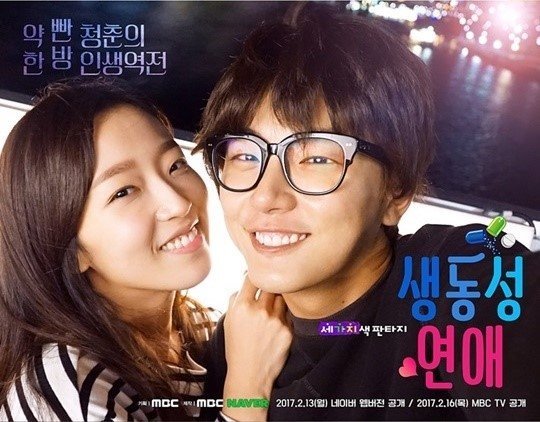 "Three Color Fantasy - Vivid Romance" which was cancelled due to the MBC strike, is going to be re-broadcast. This is the first drama to have been cancelled because of the labor strike.

MBC will be broadcasting the new drama "Boy and Girl From the 20th Century" from the 25th onwards and MBC released an updated time table.

""Three Color Fantasy - Vivid Romance" rerun with Yoon Si-yoon and Cho Soo-hyang"
by HanCinema is licensed under a Creative Commons Attribution-Share Alike 3.0 Unported License.
Based on a work from this source