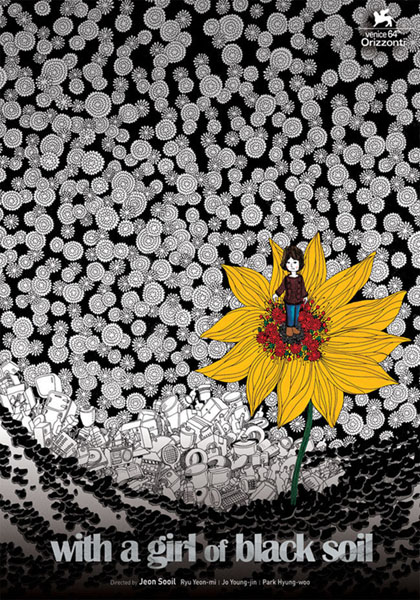 Hong Kong - Asia Film Financing Forum (HAF) is set to celebrate its 10th anniversary this March with a record 32 selections, including three from South Korea. These are director Jeon Soo-il's "Another Country", KIM Baek-jun's "Monsters" and Lee Hae-joon's "My Dictator". The festival chose these from more than 200 submissions from over 45 countries and regions.The final selection represents 20 different territories including Australia, China, India, Japan, and Malaysia.

Award-winning independent film director Jeon Soo-il's "Another Country" is being produced by Michelle SON, with Dongnyuk Film listed as the project's production company. Jeon's previous work, includes "With a Girl of Black Soil", which went to the Venice International Film Festival in 2007, and "I Came from Busan", which was in the Donostia San Sebastian International Film Festival in 2009.
Director Kim Baek-jun's "Monsters" is being produced by KIL Young-min with JK Film ("Haeundae", "Sector 7") listed as production company. Kim's previous work includes Farewell, which premiered at the Cinema Digital Seoul Film Festival (CinDi) last year, and "My Dear Diary", which he co-directed with JUNG Seong-wook and premiered at the Jeonju International Film Festival in 2008.
Director Lee Hae-joon's "My Dictator" is being produced by KIM Moo-ryoung with banzakbanzak FilmProduction. Lee wrote and directed "Castaway on the Moon", which went to several film festivals including the Toronto International Film Festival in 2009. His debut feature "Like A Virgin", co-directed with Lee Hae-yeong in 2007, was also invited to several festivals including Berlin.
Other projects in the HAF 2012 line-up include "Ready for War", directed by China's GU Changwei, who won the Grand Jury Prize at the 2005 Berlin Film Festival with his debut feature "Peacock"; "Lost in Poetry" from veteran Icelandic director Fridrik Thor FRIDRIKSSON, whose "Children of Nature" was nominated for Best Foreign Language Film at the 1992 Academy Awards.
Previous HAF participants from South Korea include Park Chan-wook, Kim Jee-woon, Bong Joon-ho and Im Sang-soo. HAF will be held at the Hong Kong Convention and Exhibition Centre March 19 – 21, 2012.
Jan. 6, 2011

"Three Korean projects selected to HAF"
by HanCinema is licensed under a Creative Commons Attribution-Share Alike 3.0 Unported License.
Based on a work from this source