"Three Meals a Day", Lee Seo-jin blurts out "If I marry Choi Ji-woo, not bringing her to Jeongseon County". Should we be making too much of it? 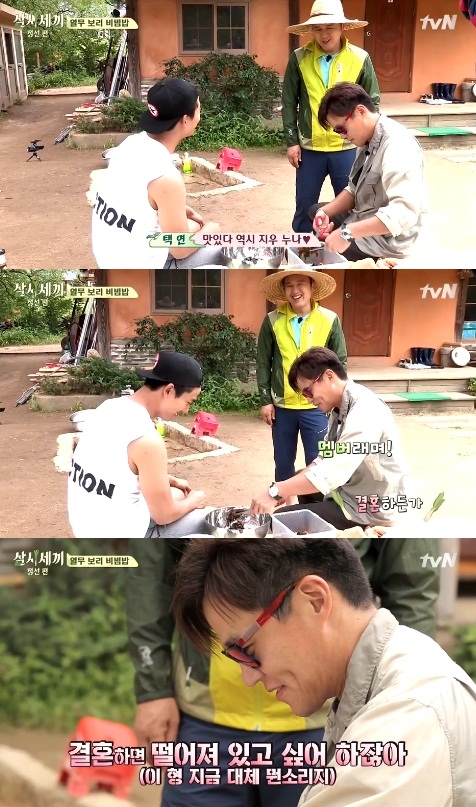 In a Jeongseon County episode of tvN's "Three Meals a Day" which aired on the 31st, Lee Seo-jin, Ok Taecyeon, and Kim Kwang-kyu are shown to be waiting for a new guest after getting the harvest in.

After tasting the kimchi Choi Ji-woo made in a previous episode, Ok Taecyeon complimented it by saying "great but how can you expect less of Choi Ji-woo". Lee Seo-jin asked "Is she coming back today?" and Na Young-suk PD countered by teasing "marry her if you miss her".

Lee Seo-jin tossed in some cryptic words by saying "If we were married, I wouldn't bring her here. You want to stay apart after getting married don't you..." This got a lot of attention.

""Three Meals a Day", Lee Seo-jin blurts out "If I marry Choi Ji-woo, not bringing her to Jeongseon County". Should we be making too much of it?"
by HanCinema is licensed under a Creative Commons Attribution-Share Alike 3.0 Unported License.
Based on a work from this source