"Three Meals A Day" Park Hyung-sik's innocence makes it through 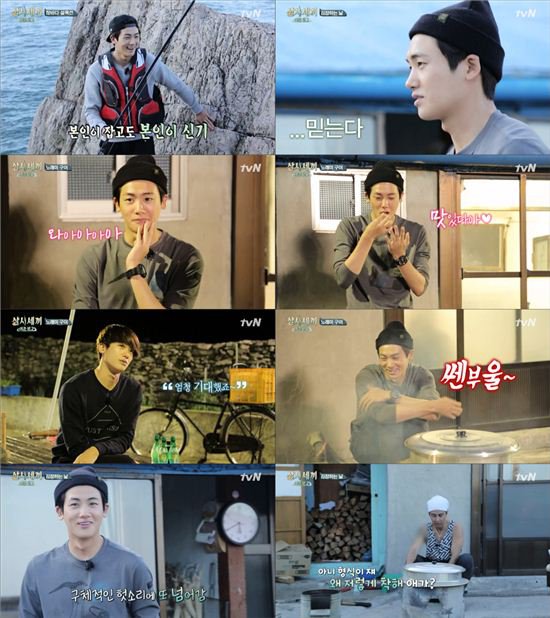 ZE:A - Children of Empire member Park Hyung-sik got through to the viewers with his innocence.

Park Hyung-sik appealed with his innocence as he fell for the candid camera prank on his first day. He reacts greatly to everything he sees and earned himself the nickname, 'wow-guy'.

He adapted quickly to Manjae Island and did things on his own without anyone having to tell him.

Park Hyung-sik debuted with the idol group ZE:A - Children of Empire and starred in an MBC TV show. He also appeared in several dramas and appealed with his acting skills too.

""Three Meals A Day" Park Hyung-sik's innocence makes it through"
by HanCinema is licensed under a Creative Commons Attribution-Share Alike 3.0 Unported License.
Based on a work from this source