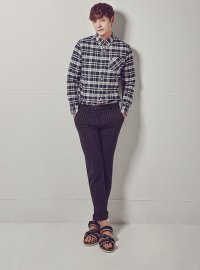 Some nine thousand tickets to the Korea Day event in Japan that this year includes fan meetings of actor Seo Do-young, known for his role in the TV drama "Spring Waltz", were sold out in just an hour.

Shortly after news about Seo's fan meetings broke out, three thousand tickets to each of the three events that will be held in three Japanese cities--Tokyo, Osaka and Fukuoka--sold out on April 6 by 10 a.m., after going on sale just an hour earlier.

An official from the Korea National Tourism Organization said that top hallyu stars have participated in the annual Korea Day event every year, and that the organizers of the event have been flooded with phone calls asking about ticket reservations.

Seo will hold mini-fan meetings in Tokyo April 18, in Osaka April 20 and in Fukuoka April 23.

Yoon's Color, the production firm of "Spring Waltz", said Japanese viewers looked forward to seeing the drama because it is the first production of director Yoon Seok-ho to air in Japan since his first drama from the Four Seasons series, "Winter Sonata", was introduced in the country.