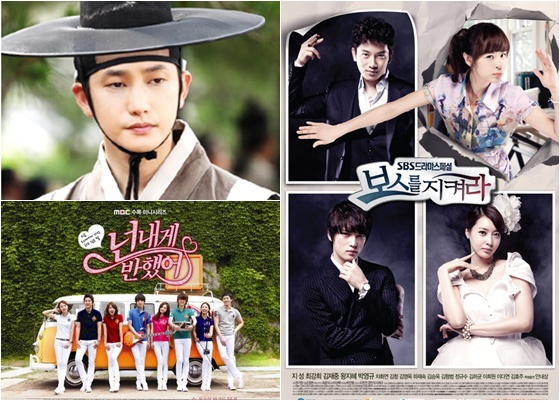 It seems as though the competition for the Wednesday and Thursday dramas are going to get intense. The structure is made up of a historical romance and a comical couple.

According to AGB Nielsen Media Research on the 5th, the lead for this week is KBS 2TV "The Princess' Man" episode 6 with a rating of 16.9% which is almost the same as the previous 17%.

In second place comes SBS "Protect the Boss" episode 2 with 14.7% which is 2.1% higher than the previous episode. In the last place is MBC "Heartstrings" episode 11, decreasing another 0.9% from the 6.4% on the previous day.

Although "The Princess's Man" showed a surprising leap in ratings on the 3rd but failed to rise again on the 4th, it still stands firm on the leading position. However, to maintain its place, it's going to have to do better than that with "Protect the Boss" following so closely.

What will become of the drama competition structure is still yet to come.

"Today's drama rating 2011/08/04 : "The Princess' Man" VS "Protect The Boss""
by HanCinema is licensed under a Creative Commons Attribution-Share Alike 3.0 Unported License.
Based on a work from this source