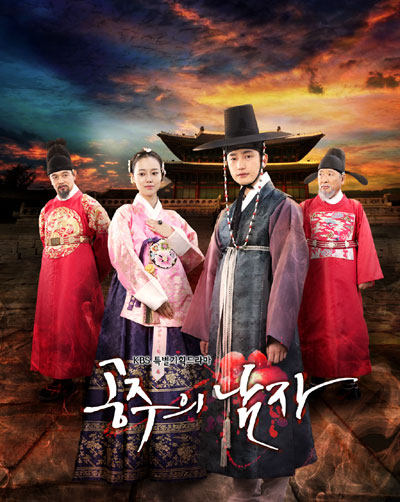 KBS 2TV drama "The Princess' Man" rated its highest once again and solidified its position in first place.

This is 0.4% more than the previous days ratings, once again breaking its own record.

Meanwhile, SBS "Protect the Boss" showed the same rating as the previous days 17.8%.

MBC "Heartstrings" ended with a number of 6.0%.

"Today's drama ratings 2011/08/18 : "The Princess' Man" the best rate again... 20% in sight"
by HanCinema is licensed under a Creative Commons Attribution-Share Alike 3.0 Unported License.
Based on a work from this source