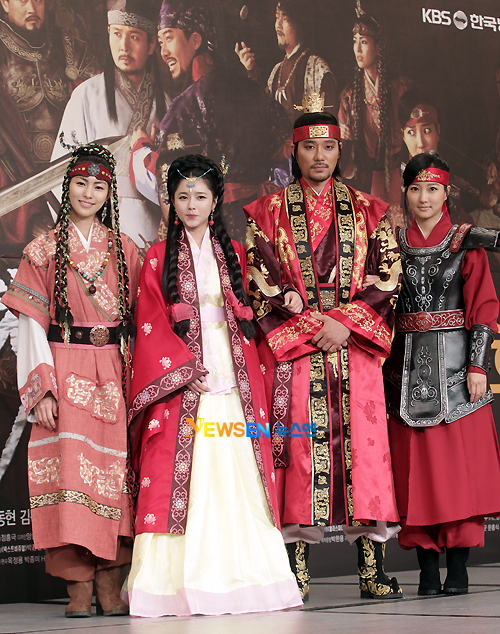 "Gwanggetto the Great" broke through 20% and suppressed the Sunday night TV screens.

According to AGB Nielsen Media Research, KBS 1TV historical drama "Gwanggaeto the Great" rated 20.4%. This is its first breakthrough since it started. It rated 18.3% the previous day, surprising all those related but kept on going until it stepped over 20%.

Korean historials which were also known as the national drama, have been progressing weakly for the past 2-3 years. They were only reminiscing about the past glorious days while they stayed in their 10%'s. Then "Gwanggetto the Great" showed signs of rising up recently and finally broke through 20%.

"Today's drama ratings 2011/09/04 : "Gwanggaeto the Great" steps over 20%"
by HanCinema is licensed under a Creative Commons Attribution-Share Alike 3.0 Unported License.
Based on a work from this source