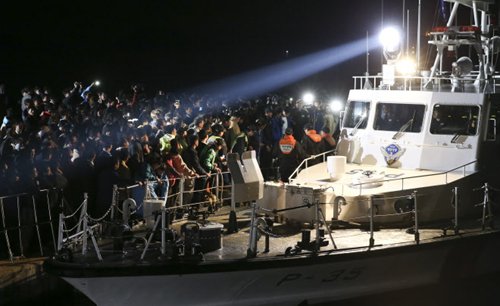 Families of missing passengers of a sunken ferry gather in Jindo, South Jeolla Province on Thursday. 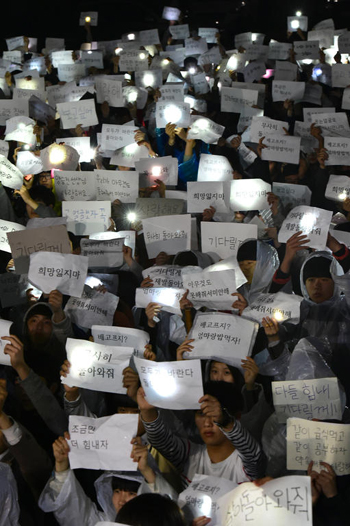 Students at Danwon High School in Ansan, Gyeonggi Province hold a candlelight vigil on Thursday for the safe return of their fellow students who were aboard a ferry that capsized off the southwest coast. /Newsis 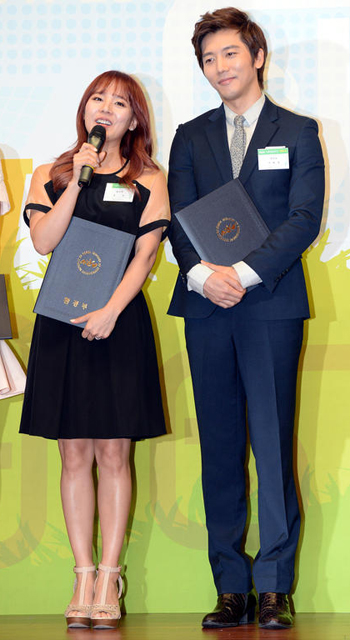 Actress Eugene (left) and her husband and actor Ki Tae-young speak after being named promotional ambassadors for a climate change awareness campaign in Seoul on Thursday. /Newsis

"Today's Photo: April 18, 2014"
by HanCinema is licensed under a Creative Commons Attribution-Share Alike 3.0 Unported License.
Based on a work from this source