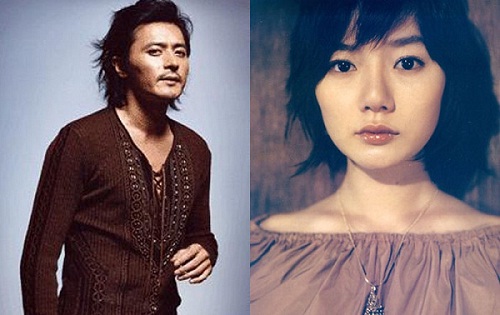 Jang is fresh off the shoot of Kang Je-gyu's sweeping WWII film "My Way" which wrapped recently. His previous films also include the English-language martial arts Western "The Warrior's Way" and the iconic gangster film Friend.

Set in 1930s Shanghai, "Dangerous Liaisons" is a China-Singapore remake between Zonbo Media and Homerun Asia. The original 18th century French novel has been remade into several different films and plays over the years, including the American film starring John Malkovich and Glen Close and the Korean film "Untold Scandal" starring Bae Yong-joon and Jeon Do-yeon.

Heo has been building a pan-Asian reputation ever since his "Christmas in August" (1998) swept through East Asia. His other films include such hits as "One Fine Spring Day" and "April Snow". Zonbo Media previously produced his China-set "Season of Good Rain".

Bae is known for her performances in films such as Park Chan-wook's "Sympathy for Mr. Vengeance", Bong Joon-ho's "The Host" and more recently in the Japanese film "Air Doll", directed by Hirokazu Koreeda.

Jang and Bae are part of a growing group of Korean talent that has been branching out abroad, spearheaded by entertainers such as Rain who starred in the Wachowski brothers' Ninja Assassin. Korean directors Park Chan-wook and Kim Jiee-woon are also working on foreign projects - "Stoker" and "The Last Stand", while Bong Joon-ho is planning a multi-national project with "Snowpiercer", based on a French graphic novel.

"Top actors JANG Dong-gun and BAE Doona set to star in foreign films"
by HanCinema is licensed under a Creative Commons Attribution-Share Alike 3.0 Unported License.
Based on a work from this source