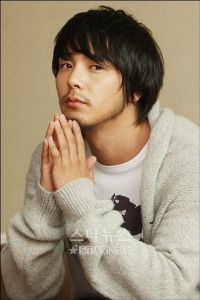 Popular actor and singer Park Yong-ha, 33, was found dead at home in southern Seoul Wednesday morning after apparently killing himself, the latest in a series of suicides by top celebrities.

Park, one of the top "hallyu" (Korean wave) stars, was found by his mother hanging from a camcorder charger cable in his room early Wednesday morning, police and family members said. His brother-in-law told reporters that he left no suicide note.

"He was found dead at around 5:30 a.m. There was no suicide note. Please pray for him to rest in peace", he said in a press briefing at St. Mary's Hospital in southern Seoul where Park's body was taken.

The previous night Park had repeatedly said "sorry" to his family while giving a massage to his father who is battling stomach cancer, according to police.

His fellow actors said that he had been agonizing over his father's illness.

Police suspected that Park hung himself on the spur of the moment at around 4 a.m. after drinking, though the reason for the suicide was unclear. "He seemed to be under stress because of his father's cancer and keeping pace with both business and entertainment work", an officer said during a press conference. "He did not have any financial or health problems such as depression".

He added that Park's call history on his cell phone had been deleted but text messages remained, but declined to provide details.

The officer said that as he obviously committed suicide, an autopsy - opposed by the family - would not be performed.

Park made his debut in 1994 in MBC's Theme Theater and appeared in several dramas and movies. He rose to stardom in Korea and Japan after starring in the megahit "Winter Sonata" with Bae Yong-joon and Choi Ji-woo in 2002.

He was also a popular singer in Japan where fans reacted with shock to his death. Tokyo Broadcasting System aired a one-hour special program on Park Wednesday.

Park made his debut as a singer there in 2003 and released several hit albums including "Once in a Summer" in 2009 which ranked sixth on the Oricon daily chart and 14th on the weekly version.

In 2008, Park established his own agency titled Yona Entertainment and made a successful comeback to Korea through the drama "On Air", playing the role of a television producer. He also starred in the movie "The Scam" and the drama "The Slingshot" in 2009.

Park had been cast as a main character in the new drama "Love Song - Drama" with Yoon Eun-hye, which would have started filming soon. He had also scheduled a concert tour of Japan from June 24 to September and had played one gig in Saitama last Saturday.

A number of entertainers have killed themselves one after another in the late 2000s.

On Feb. 22, 2005, actress Lee Eun-joo committed suicide over her family's financial problems. Actress Jeong Da-bin and singer Yuni took their own lives in 2007, as did actor Ahn Jae-hwan in 2008.

Also in 2008, iconic actress Choi Jin-sil's suicide shocked the nation as she was famous for portraying a bright image.

These suicides of entertainers prompted copycats in what is known as the "Werther Effect".

"Top 'hallyu' star Park Yong-ha commits suicide"
by HanCinema is licensed under a Creative Commons Attribution-Share Alike 3.0 Unported License.
Based on a work from this source