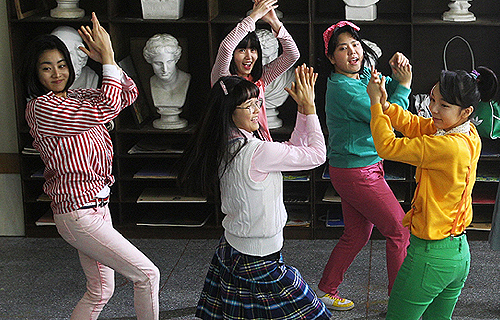 From sleeper hits to leading directors shooting abroad, society-changing films and game-changing moves, 2011 has been a surprising year for the Korean film industry. KANG Byeong-jin profiles the issues.

Unexpected smash hits from "Sunny - 2010" and "Arrow, The Ultimate Weapon" - a year when dark horses rather than anticipated large-scale films led the race at the box office.

South Korea's box office in 2011 had integrity. Films emerged that were more ambitious than ever with large-scale budgets and marketing campaigns to fit, but cinema-goers were not taken in by it all. This trend started last February during the Lunar New Year holiday season. New titles from hit directors such as Kang Woo-seok's "GLove" (a.k.a. G-Love) and Lee Joon-ik's "Battlefield Heroes" were released, but the winner in the end was director Kim Seok-yoon's "Detective K". Released in May, "Sunny - 2010" also far exceeded expectations. Although the film's director KANG Hyeong-chepl had made an impressive debut with "Speedy Scandal" which clocked up 8 million admissions, "Sunny - 2010" featured actors with weaker ticket-selling power and had a story that centered on women - something that had never really been popular at the box office. But ultimately, "Sunny - 2010" took in more than 7 million admissions.

"Top issues in the 2011 Korean film industry"
by HanCinema is licensed under a Creative Commons Attribution-Share Alike 3.0 Unported License.
Based on a work from this source