At Advanced Technology Korea, we aim to introduce new, interesting and/or popular Korean apps, but which apps do the writers personally use the most? Here's a list of the top five apps (in no particular order) that one of our writers, Donna, uses frequently. You'll also get a deeper look into what it's like to live in Korea from her perspective:

As an avid movie-goer, I use this type of app pretty much every weekend. Korea's major cinemas, like CGV and Lotte, have smartphone apps that offer a wide range of information and services. You can see what the most popular movies are, watch trailers, read reviews, share movie information via your social media channels and, most importantly, reserve tickets and seats. As I mentioned in my post about 4D movies, in Korea, you get "assigned" seats in the theater. This is nice because you don't have to physically be there early to get the best seats, you can just reserve early.

I live alone, my cooking skills are nonexistent and eating out in Korea is super affordable, so I often order food to my apartment. These two delivery apps (Delivery Nation and Delivery 114) are divided into categories such as Korean, Japanese, and western. Depending on my mood, I'll select the type of food I want and a list of restaurants in my neighborhood will pop up. Most listings also show the entire menu so I know exactly what I can choose from, and I can call the restaurant directly through the app. You can also read reviews of users' ordering experiences.

One thing that's interesting about delivery services in Korea is the eco-friendly practice of many restaurants that use reusable plates and dishes. For example, if I order Jjajangmyeon (Korean blackbean noodles), I'll most likely receive the food in an actual bowl instead of one made out of styrofoam. After I'm done eating, I just leave the bowls outside my apartment door and the restaurant sends someone to come back later to pick it up. The other thing that rocks about getting delivery in Korea is the fact that you can order food from virtually anywhere. In my post about hanging out at the Han River, I mention how you don't need to bring the picnic, it will be brought to you.

I am what Koreans call a "길치" (Gilchi), or someone who is hopelessly bad with directions. Though I've managed to practically memorize the Seoul subway map, I use apps like Hachuli and Seoul Bus to figure out exactly how long it will take to get somewhere or when the last train departs from Sinchon, Hongdae or Gangnam after a long night out. When I have absolutely no idea how to get somewhere (which is pretty much always the case), I use either Naver map or Daum map to input my current location and destination and let them figure out the best way for me to go. These apps are a nice combination of everything as they also have features like 360-degree panoramic street views, nationwide gas prices if I'm doing a road trip and nearby store information.

I don't like to go a day without listening to music. An upbeat track is my morning coffee. I use MelOn Player to continually feed my insatiable K-pop appetite. The app also has a wide range of other types of music, including J-Pop, western pop, classical music, jazz and more. For a few bucks a month, I can download a ton of songs and feel guilt free because it's all legal!

After being introduced to Between through Sophie, a fellow writer on the Advanced Technology team, I've been using it with my boyfriend. It has features like messaging, a "memory box" for archiving special memories with photos, a memo function and the home screen shows how many days you've been together. In Korea, many couples celebrate anniversaries by days rather than months or years. For example, the 100-day mark of a relationship is usually the first big celebrated date of the relationship. Though it all may sound barf-a-rific, living in Korea has opened my eyes to a world of couple t-shirts, couple rings and now even couple apps. Disclaimer: Not me in the screenshots below. My Between account is password protected!

And of course we can't forget Kakao Talk, Korea's most popular messaging app at the moment. I use it this app to keep in touch with my parents and friends from home, which helps me save money on making international calls. Note: Don't call your mother with the "Monster" voice function as a fun prank. She will be very confused and possibly scared. When I need something more immediate or reliable, I use this phone number that lets me make international calls for the same costs of dialing a local number: 1688-0044.

Those were the top apps that I use on a daily basis. Stay tuned to see which apps our next writer, Sophie, has to recommend! 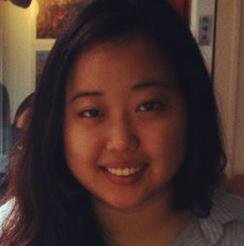 About the author by Donna Choi

Born and raised in the States, I came to Seoul in 2009 and have loved living and working in such a high-tech and connected city ever since. I enjoy collecting unique, cute gadgets/items (I have a bread-scented smartphone case!) and traveling around Korea. My personal mission while living in Korea: Try every type of Korean food known to exist

"Top Korean App Recommendations from Donna"
by HanCinema is licensed under a Creative Commons Attribution-Share Alike 3.0 Unported License.
Based on a work from this source