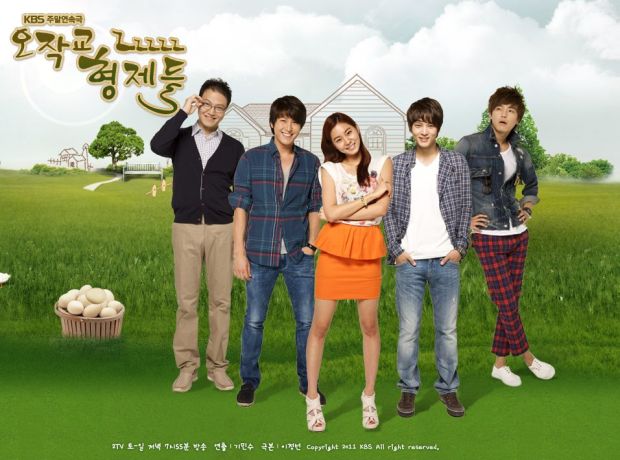 "Ojak Brothers" will soon be available to English-speaking audience around the globe, thanks to KBS World!

The warm and fun family drama which is currently enjoying the top spot in weekend TV, will have its first broadcast with English subtitles on KBS World starting on August 27! To know the airing time in your country, check out the schedule here.

"Ojak Brothers" revolves around the lives of the people living in Ojakgyo Farm. Hwang Chang Sik (Baek Il-sub) is the father who often gets into trouble and Park Bok Ja (Kim Ja-ok) is the loving but hot-tempered mother. They have four sons: Hwang Tae Sik (Jung Woong-in), a 40-year-old-but-still-single eldest son who works as a physical therapist; TV reporter Hwang Tae Bum (Ryu Soo-young), known as the nearly-perfect second son; tough detective Hwang Tae Hee (Joo Won) as the third son; and jobless Hwang Tae Pil (Yeon Woo-jin), the youngest in the family. Beautiful and self-centered Baek Ja Eun (Uee), who somehow becomes intertwined with the Hwang family, lives with them as well.

"Top rated drama "Ojak Brothers" airs with English subtitles"
by HanCinema is licensed under a Creative Commons Attribution-Share Alike 3.0 Unported License.
Based on a work from this source