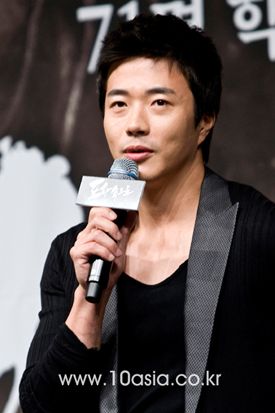 Q: kwon Sang-woo, this is the first time in a while that you got to wear a school uniform for a movie. You're even the same age as Choi Seung-hyun in the film. (laugh)
Kwon: I almost wasn't cast for the movie because of my age. (laugh) My character Koo Kap-jo is assigned to a squadron for student soldiers as he chooses to take part in the war instead of being sent to a Youth Detention Center. He distresses Oh Jang-bum (played by Choi Seung-hyun) as he tries to motivate him to become squadron leader.
Kim: Me and Cha were worried a lot when Kwon was cast. Because he's closer to our age now. (laugh) But I saw on the monitor how he would actually look younger than Choi at times. (laugh) He's the right man for the part and like he himself says, there is no movie where he has worn a school uniform but hasn't done well, so we're looking forward to how "71-Into the Fire" will do too.

Q: kwon Sang-woo and Choi Seung-hyun, you fight each other a lot too in the movie. Wasn't it uncomfortable having to shoot the scene up against a senior?
Choi: I was able to learn because he was always teaching me a lot and he would help me relax when I'm nervous. It felt as if I was shooting those actions scenes with a martial arts director because he gave off the vibe of an expert.
Kwon: I think Choi must have had a hard time. It was his first time launching his acting career through a movie but he had the most scenes to shoot, his character had to lead on the story, and plus, he had to show both action and emotional acting in a single production. He would always have on a blank look when I arrive on set. (laugh) But I'm proud of him because he did a great job of pulling of his role.
John H. Lee: Many people were worried in the beginning because acting isn't his profession. But I felt a strong energy from Choi, he had a good sense and I liked his sensitivity. I had faith in him and we talked a lot while working together. You'll be able to feel it when you see the finished product. 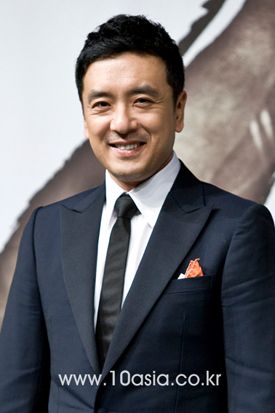 Q: The atmosphere on set must have been great because all the actors are cheerful people.
Cha: I did a movie with Kim in 2002 and I've personally known Kwon for about nine years now. I met Choi for the first time this time around but everyone has such different personalities. Kim fulfilled his role as the oldest guy on set with his wittiness and Kwon looks like he would be full of energy because of the images he has portrayed in his past movie roles but he was very innocent and cutesy on set. (laugh) Choi has a face which I wish I had in my 20s. I liked him because he had an innocent face which I would have wanted if I was in my 20s.
Kim: I think I was cast for the role because they wanted me to do a good job of playing the role of the oldest guy on set. (laugh) Kwon's character is simple-minded and has a hot temper which is similar to his actual personality. Cha's unique energy and charisma blended into the film and I think Choi will be showing a completely new side to him through his role. I know why each person was cast for the movie but I think I myself was cast to keep them from fighting and put them in a good mood when it gets too cold on set. (laugh) I realize after watching the movie that I'm glad I decided to go with the flow and join the cast.
Kwon: I felt comfortable and it was nice because we were all guys. It felt like we were on a boy scout trip from back in our school days. They're my seniors that I like so much that just the fact that I was working on a production with them was comforting. I had been wondering who would take on the role of Oh Jang-beom, and wished I could play it, so when I found out Choi would be Oh, I became so envious of him for the fact that he would get to play such a great role with great actors. Being able to take on the main character under such great circumstances when he's just in his 20s means that he has been given that much of an opportunity to take his first step much quicker. Everything was perfect about the filming except for the cold. (laugh) Everyone worked very hard and I'm personally expecting the film to attract about 10 million admissions. (laugh)
Choi: It's been an honor for me to even just take part in this movie and I had fun everyday on set, as if I was at a playground for learning. Everything I heard from my senior actors and the director has been a lesson for me. If I showed any signs of being tired or having trouble, they would pat me on the back, as well as managing to cheer me up every time. "71-Into the Fire" has been a chance for me to mature. 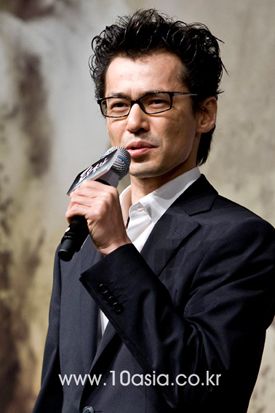 Q: Choi, are you not worried about your image becoming solidified as one that is masculine? You played a sniper in drama "IRIS" and now a soldier in "71-Into the Fire".
Choi: I think I'll be showing a completely different image from Vick in "IRIS". My character Oh Jang-beom isn't taciturn -- he's very innocent and child-like. What I focused most on too was to pull out an image from within me that the public has never seen before. That's why I lived the past six months thinking that I'm a 17-year-old boy. (laugh)

Q: What is a scene you would recommend from "71-Into the Fire"?
Kim: I like each and every scene because you can see how hard we worked, but what I remember the most is when Choi parts with his mother -- I was saddened. I think such moments will move the hearts of the audience much more.
Choi: The entire two hours of the film was amazing. So I wish I could tell you about all two hours of it. Each and every scene is perfect and I will dare say that all two hours of it is a scene you don't want to miss.
Kwon: I think the ending scene will be the most touching.
Cha: The core of the drama in film "71-Into the Fire" is the story of 71 student soldiers. I think the best scene is in the end when these inexperienced and immature guys, who have no choice but to fight in the war, battle with North Korea's elite troop.

"TOP says lived as 17-year-old for 6 months for "Fire" (2)"
by HanCinema is licensed under a Creative Commons Attribution-Share Alike 3.0 Unported License.
Based on a work from this source