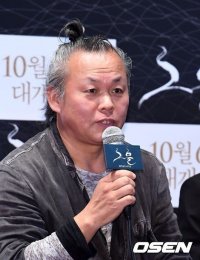 Controversial director Kim Ki-duk has cast South Korean leading actress Lee Na-young alongside one of Japan's top actors, Joe Odagiri, in what will be his 15th feature film. Titled "Bi-mong" ("Dream"), the new project began shooting January 4 in Seoul and is scheduled to wrap on January 25.

Much interest is being given the new project as actress LEE is one of Korea's most adored stars, taking memorable roles in such films as "Maundy Thursday" ("Our Happy Time") (2006) and "Someone Special" (2004). Paired with Joe Odagiri (Tokyo Tower (2007)), a favorite with women across Asia, the film carries much commercial potential despite the generally cold reception KIM's films receive in his home country.

The new film will, as in many of KIM's previous works, distort the boundaries between reality and dream. The story revolves around a man (Odagiri) who dreams that he caused a car accident. Waking, he goes to the place where the dream occurred, only to find that an actual hit-and-run accident has occurred, and that the police have traced it to a woman (LEE) with a sleepwalking disorder.

Director KIM has an impressive body of work, including last year's Cannes screener "Breath" starring Taiwanese star Chen Chang, "Time" (2006), "Samaria" (2004), "Spring, Summer, Fall, Winter... And Spring" (2003) and "Address Unknown" (2001). His latest film is produced by Kim Ki-duk Film and Sponge Entertainment and is slated for a May release.