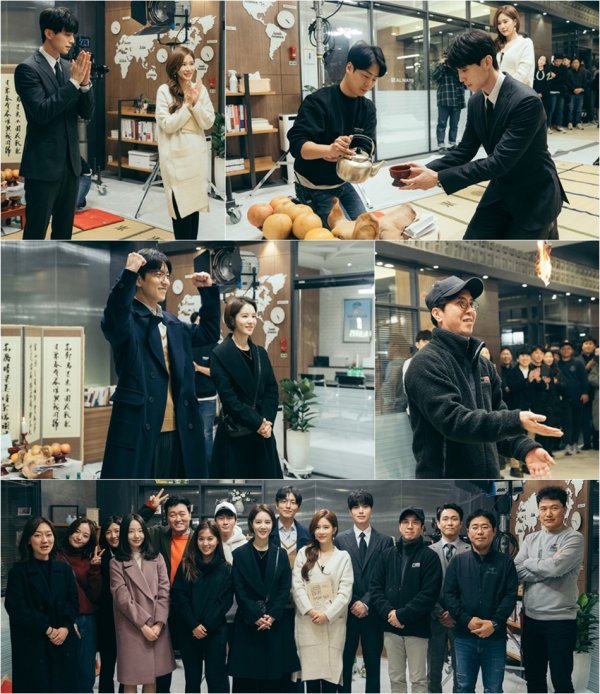 With the highly anticipated reunion of two who have become known as the "Goblin" couple, Yoo In-na and Lee Dong-wook, "Touch Your Heart" held its opening ceremony and built up the anticipation of New Year 2019 viewers. The Wednesday/Thursday drama will be the first in the tvN timeslot in the new year.

"Touch Your Heart" is a legal romance drama about the love of a successful lawyer and his secretary, who is actually a fallen top Hallyu actress in disguise. It depicts the success and happiness of two formidable people. With Director Park Joon-hwa at the helm, the leader of the popular "What's Wrong With Secretary Kim" in 2018, and the "Goblin" couple, fans anticipate something good and entertaining.

During the ceremony, Director Park and the cast prayed for a successful shooting process and for the show to be a big hit in 2019. Cast and crew gave each other words of encouragement, many fist pumps, and shouts of "Fighting!"

Are you ready to check out tvN's "Touch Your Heart" that starts January 2019?