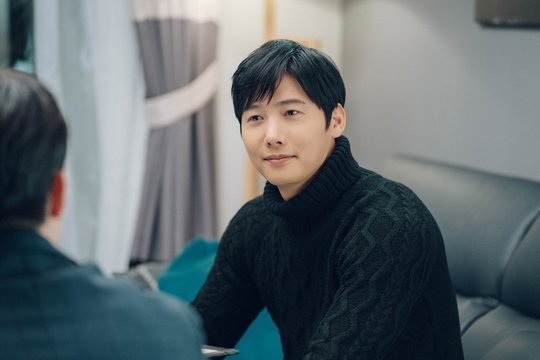 The stills of Lee Sang-woo from "Touch Your Heart" are out.

He plays the role of a handsome investigator named Kim Se-won in "Touch Your Heart", a new tvN drama.

Kim Se-won has been best friends with Kwon Jung-rok (Lee Dong-wook) since law school and the Judicial Research and Training Institute. They are complete opposites. Kim Se-won has a soft smile and melts women with his manners, but he only has eyes for one and one person only; the 'girl-crush' prosecutor Yoo Yeo-reum (Son Sung-yoon).

"Touch Your Heart" released a poster of Kim Se-won on the 25th. Next to him are the words, "Let's be friends". It appears as if he's talking to his ex-girlfriend Yoo Yeo-reum, a romance anyone would have experienced at least once in their lives.

The production of "Touch Your Heart" say, "Lee Sang-woo transformed completely into Kim Se-won since the beginning. A little prank made his character even more attractive, not to mention his trademark soft smile. In particular, when he revealed his unfinished love for his ex-girlfriend Son Sung-yoon in the drama, he instantly changed the mood and made the staff's heart throb. "Touch Your Heart" begins on the 6th of February at 9:30PM. 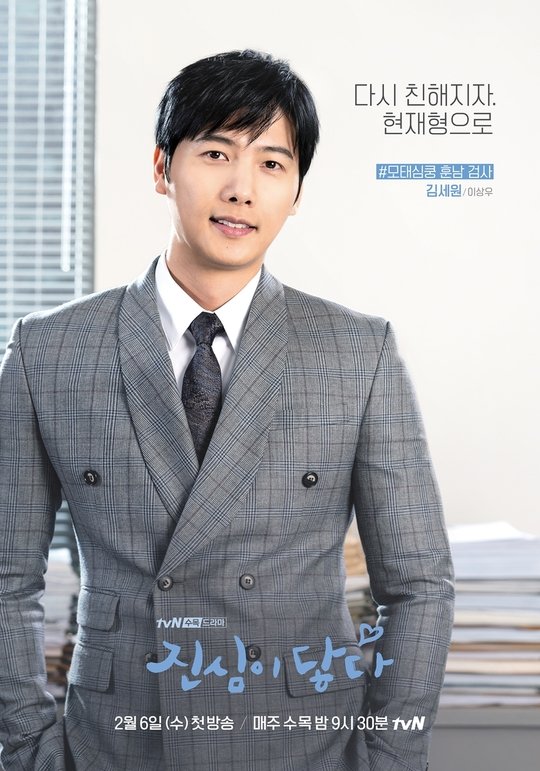 ""Touch Your Heart" Lee Sang-woo's stills "
by HanCinema is licensed under a Creative Commons Attribution-Share Alike 3.0 Unported License.
Based on a work from this source