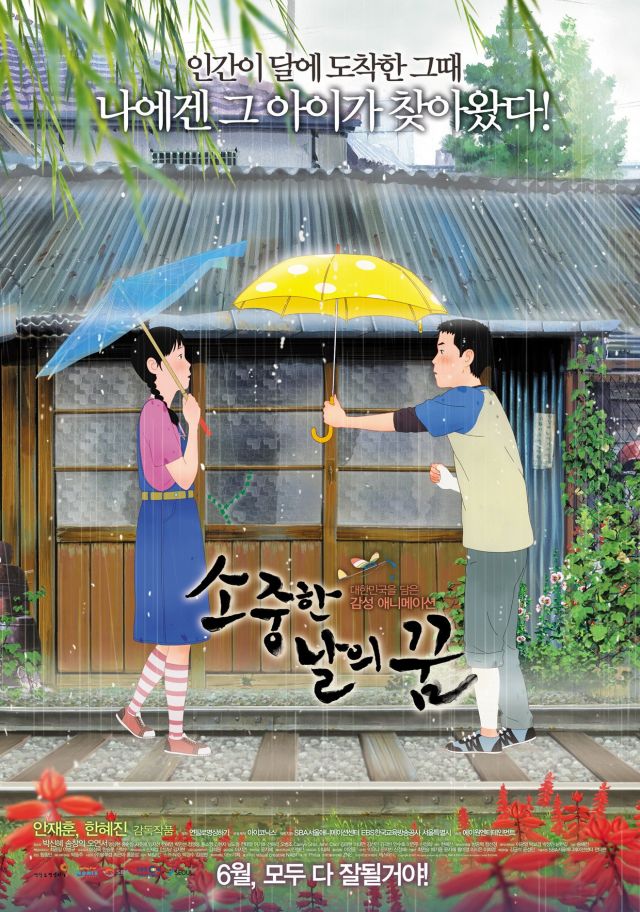 Synopsis
Not wanting to lose, Yi-rang orchestrates a collapse in the middle of a relay race even though she's on the verge of giving up her dream of becoming an athlete. At the same time, Soo-min transfers in from Seoul and Cheol-soo, who dreams of becoming a scientist, come into her life. They are all immature but they are in the midst of youthful aspiration. With this warm-hearted animation, Han Hye-jin-I and Ahn Jae-hun encourage Yi-rang's dreams and portray the fantasy and flutter of adolescence through encounters with good people. Set in the '80s and '90s, an old umbrella and a railroad crossing the downtown in the film is the stuff that reminds us of our lost past, evoking a reminiscence in the audience of that which is vanished. It is a way of evoking the real "dreams" that we have lost in this modern society where a rapid capitalization is progressing. (LEE Sang-yong)