Trailer Released For Horror Feature Film "Under The Knife" 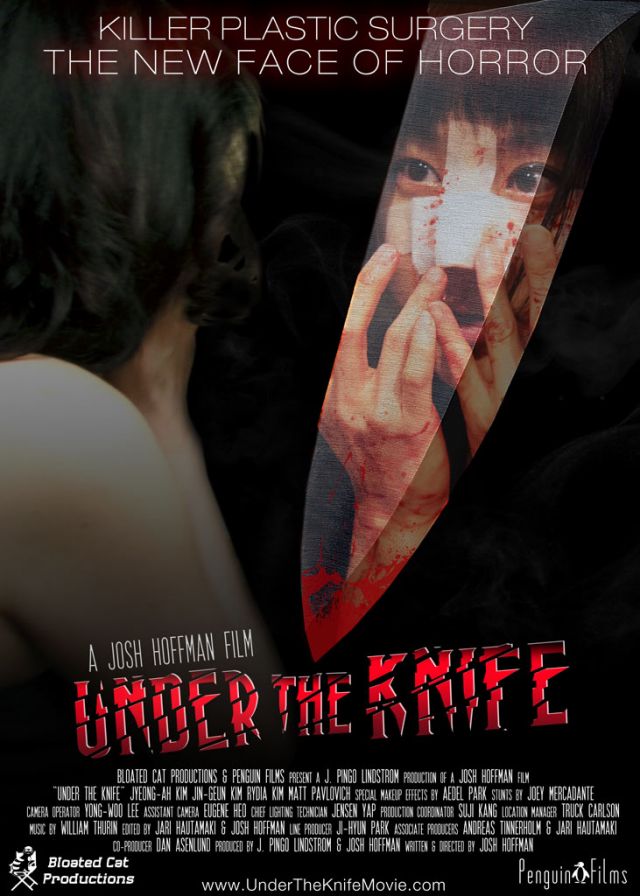 Bloated Cat Productions in association with Penguin Films, is currently in post production with the horror feature film "Under The Knife", written and directed by Josh Hoffman. J. Pingo Lindstrom is producing.

Beverly travels to South Korea to get plastic surgery, but ends up unknowingly getting a computerized implant from a surgeon who maniacally turns his patients into beautiful killing machines. "

"Under The Knife" stars Kim Jin-geun ("Acacia", 2003 and "Someone Behind You", 2007) as Dr. P and Jyeong-ah Kim as Beverly. The movie was filmed on location in South Korea, Japan and the US.

"Under The Knife" will premiere worldwide on all media in 2014.