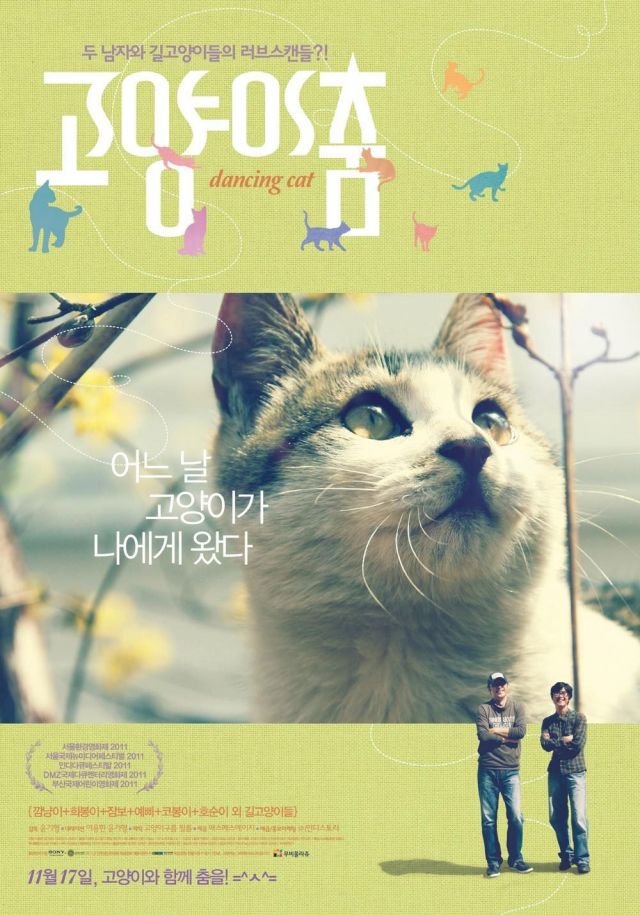 Synopsis
A poet Lee Yonghan happens to see a street cat in his neighborhood and gets interested in the cats. Since cats are a territorial animal, he meets them on the street very often. He takes pictures of their daily lives, and keeps their record in the pictures. He also calls the cats 'Blacat', 'Snomeow' and so on. His record is published as a book titled ""Hello, thanks cats"". I, a TV commercial director bump into his book at local library, and become interested in street cats. In my neighborhood, there are lots of street cats.
I take pictures of their daily routines. I name the ones I am familiar with 'Sleepuss', 'Beauttie', 'Naughty', etc. I even feed them with water and catfood; I feel changed.
Lee Yonghan takes one of the street cats to his house as he moves to Yangpyeong. And he meets a new cat there. As I take pictures of them, I notice unexpectedly many villagers take care of street cats, and I interview them.