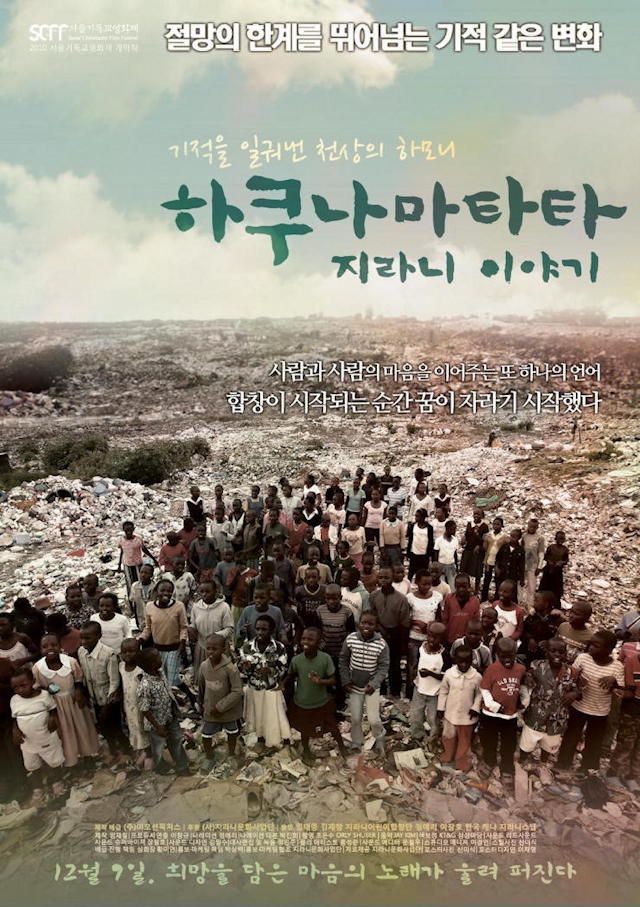 Synopsis
Gorogocho Dandora slum, where all trashes from Nairobi, the capital city of Kenya, is the place where dog, pig, cow, and bird are living by rummaging through garbage among people. Among these people from Gorogocho village, which means 'garbage' in Kiswahili, one upcoming Korean pastor named Lim Tae-jong, created Jirani (good neighbor) choir. In the place where the word 'hope' sounds extravagance, Jirani Choir transforms their village in a miracle. Children, who didn't know any sol-fa, surprise the whole world by their songs that come from their hearts.
After surprising whole the world, Jirani Choir prepares their first concert in America. The conflict which started after the concert goes to climax as children cause a trouble.
Jirani, who finally gets over all the troubles, received a land for their own music school and creates Jirani New York ensemble. The story of Jirani Chidlren's Choir, who delivered message of hope by their heavenly voice, is now unfolded.