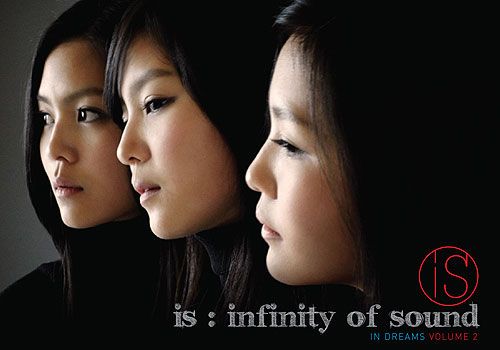 IS (Infinity of Sound), a band known for using Korean traditional instruments to play modern music, is releasing its second mini album, "In Dreams Volume 2".

The versatile triplets Kim Jin-ah, who plays gayageum, Sun-ah, geomungo, and Min-ah, haegeum, are all graduate students at Korea National University of the Arts, and also appeared in the film "Antique" and TV drama "Iljimae Returns - Moon River".