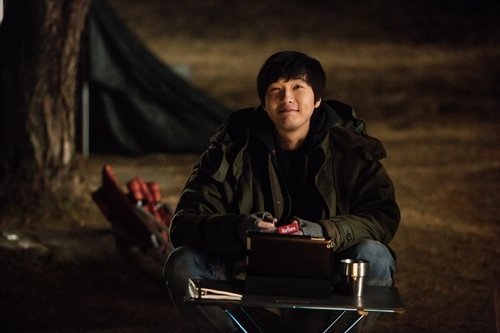 Reporter Kim Kye-yeon writes: Lee Kyeong-seok (Oh Man-seok), the son-in-law of the National Assemblyman Yeom Jeong-gil (Kim Hak-chul) who dreams of winning the presidential election, is promised the nomination for Daechung mayor. He is ordered to hide secret funds and heads to the lakeside cottage hideout. His partner, Lee Ji-yeong (Lee Na-ra), is his wife's college friend.

Events start rolling when Lee Kyeong-seok runs off after killing a dog with his car in the neighborhood. Aspiring novelist, Kim Soon-tae (Ji Hyun-woo), witnesses his dog's murder and sneaks in as the cottage caretaker. Then he starts trapping Lee Kyeong-seok in a carefully laid scheme. 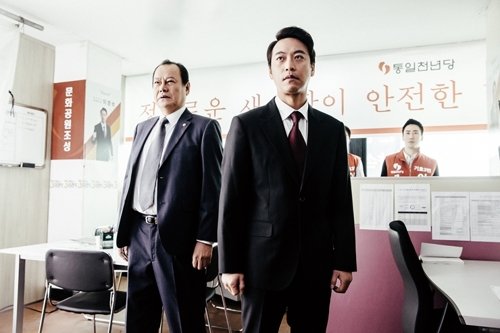 "True Fiction" is a movie filled with black comedy that satirizes politicians in the thriller's outer cover. The process of Lee Kyeong-seok falling for Kim Soon-tae's trap is entertaining. At the same time, it is also a private punishment for an immoral person who enters politics. The audience will not be sympathetic to Lee Kyung-seok who gets a dose of his own medicine, but they will want more punishment.

The film spans overnight with the characters isolated in the cottage. Lee Kyeong-seok has to hide the secret funds without Kim Soon-tae's knowledge. However, Kim Soon-tae uses Lee Kyeong-seok and Lee Ji-yeong according to his plans. He makes Lee Kyeong-seok confess his wrongdoing of hitting the dog and makes him drive his car to buy cigarettes under the influence of alcohol. In the end, a drunk accident is the most crucial trap for a politician.

Kim Soon-tae lost the people around him because Yeom Jeong-gil misused his authority 10 years ago to expand his fortune. This resentment trickles down to his heir, Lee Kyeong-seok. The movie takes turn after turn when Lee Kyeong-seok is almost un-revivable. There are tricks in the movie that utilizes novels and reality. 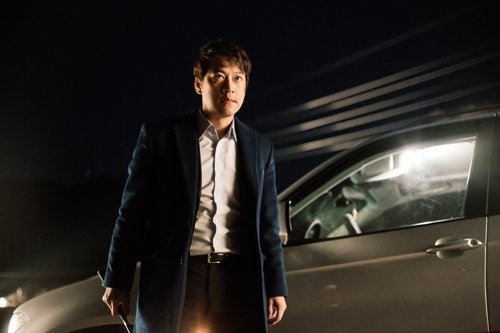 Kim Soon-tae's goodness results in lies and lies that puts not only Kim Soon-tae in confusion, but the audience as well. Lee Kyeong-seok who acts like he's already won the candidacy is excessively arrogant, but when his weaknesses start revealing themselves, he becomes overly unmanly.

The characters are unusually exaggerated and the space is limited, so it feels like a play. The movie may seem to be disappointment to those who seek logic and probability. However, the theatrical atmosphere of the movie satirizes politicians' lies, hypocrisy, irresponsibilities and tricks. This movie is director Kim Jin-muk's debuting work that is coming on the 25th. 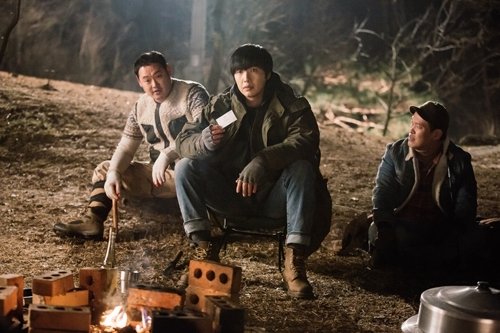 ""True Fiction", a Political Satire Black Comedy "
by HanCinema is licensed under a Creative Commons Attribution-Share Alike 3.0 Unported License.
Based on a work from this source