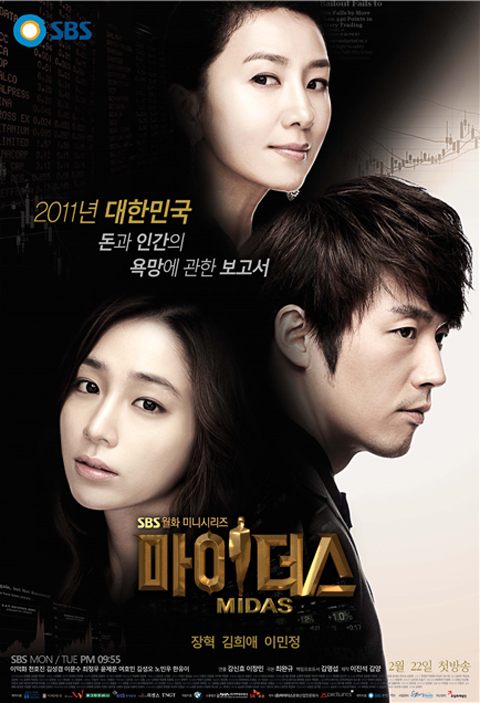 With a cast headed by Jang Hyuk, Kim Hee-ae, Lee Min-jung and No Min-woo, and with a dramatic storyline set in the Korean business world of stocks, mergers and acquisitions - and chaebols, "Midas" is a highly anticipated television drama which has just started airing on primetime on SBS.

SeoulBeats carried coverage of the official press conference for "Midas".

Also present at the press conference were director Kang Sin-hyo ("To Marry a Millionaire", "All In") and writer Choi Wan-gyoo ("IRIS", "Gourmet").

Lead actor Jang Hyuk was a recent winner at the KBS Drama Awards for his role in the period costume series "The Slave Hunters". Showing the extent of the popularity of Korean television across Asia, Jang stopped by Malaysia earlier this month on a leg of a regional promotional tour for "Midas". In Malaysia, "Midas" will start airing March 23 on ONE HD (on Astro B.yond), which features a lineup of the best of Korean movies, TV series and music shows.

"TV Drama "Midas" Tackles World of Business & Finance"
by HanCinema is licensed under a Creative Commons Attribution-Share Alike 3.0 Unported License.
Based on a work from this source