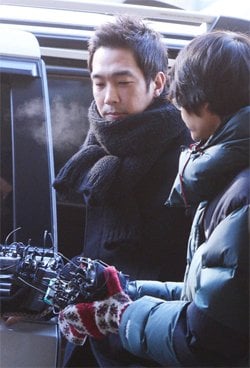 TV personality Ko Young-wook was arrested Thursday for sexually assaulting a schoolgirl, even as police are investigating prior charges of sex with minors.

Seodaemun district police booked Go (37) on Thursday for allegedly groping the girl while giving her a ride in his car.

According to police, Ko, a former member of four-member band Roo'ra, picked up the 13-year-old girl in the streets of Hongeun in northwestern Seoul and allegedly groped her thighs and other parts of her body.

He told the girl that he was a music producer and could help her get into showbiz, police said.