tvN is where movie actors can be seen 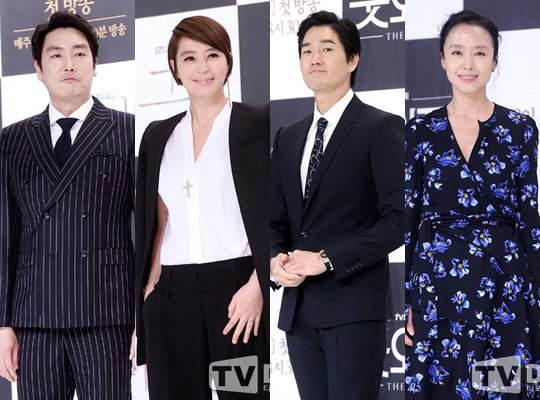 tvN is where movie actors appear often. Kim Hye-soo and Cho Jin-woong in "Signal", Yoo Ji-tae and Jeon Do-yeon in "The Good Wife" are some examples. Their appearance alone is enough to get the public excited. It is interesting, to see those you only see in movies, on TV.

When a trusted actor or actress appears in a drama, expectations go up. We assume they won't choose a cheesy script and that hasn't been proven wrong yet.

Why is it that these 'hard to find' people keep appearing on tvN? Maybe it's because tvN deals with a larger variety of drama genres rather than the ground-waves, which have a fixed custom of serious dramas. It is speculated that abundant financial support here provides with good quality materials, but in an actor's point of view, they are able to act as freely as they want to here just like they do in movies. In addition, the broadcasting time frame is not mainstream so there's not much pressure there.

This is not only great for actors but for viewers too. Bringing these 'actors' into dramas has more merits than anyone thinks. The appearance of a highly popular movie actor or actress helps with concentrating on the drama and the images are increased in quality fit for such 'amazing actors'.

"Incomplete Life" threatened the existence of ground-wave dramas of its time and no 'famous' actors were involved in this. Instead, a number of good actors from theatrical backgrounds made up the cast. This drama was declined from ground-wave at first because there weren't enough 'affectionate scenes' between men and women but on the contrary, the realistic layout connected with working men and women right away.

"Incomplete Life" has become the living proof of tvN. The reason why it was declined from ground-wave but was picked up on tvN is the same and that is viewing percentage. One side declined it because it didn't think the drama would attract much attention and the other accepted it because it knew it would draw a lot of attention.

tvN is no NGO or social establishment. It's not a place which feeds drama people with hopes and dreams. Surely, it must have a goal but it is strictly a broadcasting line which moves for its own profit. Therefore, tvN's smart moves and looking far out into the future is surprising and astonishing.

No wonder movie actors head that way. Still, it doesn't mean ground-wave is dying. Territories are being divided and tvN just happens to be faster. It might almost be true that ground-wave hasn't even attempted to try what tvN is doing yet. However, tvN has become a stimulant and ground-wave is slowly starting to make changes.

"tvN is where movie actors can be seen "
by HanCinema is licensed under a Creative Commons Attribution-Share Alike 3.0 Unported License.
Based on a work from this source