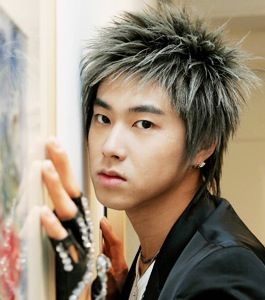 Leader of top boy band TVXQ Yunho will debut as an actor in an upcoming drama scheduled for September, tentatively titled "No Limit", on MBC.

The 23-year-old singer will appear as Cha Bong-gun, a pathetic and helpless football player striving to make it into the national team.

"I love the character. I was so excited when I read the script. I hope to express my excitement and feelings through faithful acting", he was quoted as saying by MBC.

The television series tells the story of Cha and his path toward success.

"The drama is expected to tell a heartwarming tale about a lame footballer who has nothing to believe in but himself and his passion for the sport, and his ongoing efforts to make his lifelong dream come true", MBC said in a press release.

The broadcaster added that the singer was very serious about taking his role as an actor, which is his first attempt at acting since making his music debut in 2004, at a five-hour long meeting with MBC to discuss the drama's production.

"We were told that Yunho also went through a difficult time before finally accomplishing his dream as a singer. We were not looking for the best Asian star. We were looking for Cha Bong-gun, and that is what we found in him", MBC said.

"TVXQ Leader Yunho to Debut as Actor"
by HanCinema is licensed under a Creative Commons Attribution-Share Alike 3.0 Unported License.
Based on a work from this source