TVXQ to release music video for song from SBS drama 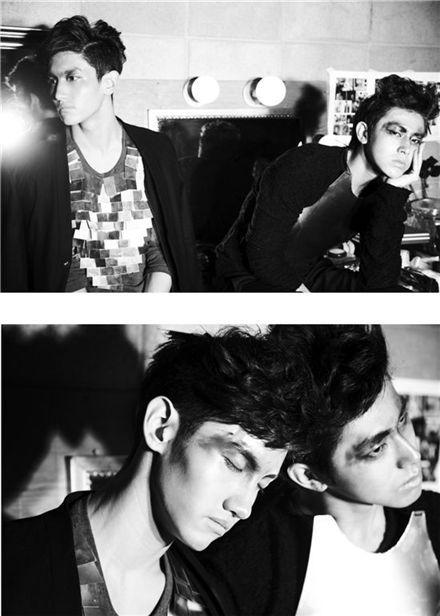 Korean idols TVXQ have released the music video to a song from SBS drama "ATHENA", according to the show's producer Taewon Entertainment on Monday.

Taewon announced in a press release that the song and music video titled "ATHENA" from the soundtrack to the show of the same name was unveiled today on various online music websites including MelOn, Dosirak, Bugs and Cyworld.

The music video revealed the powerful voices of TVXQ members Changmin Lee Changmin and Yunho Yunho with scenes from the show "ATHENA".

Formerly composed of five members Xiah Junsu, Kim Jae-joong, Park Yoo-chun, Changmin Lee Changmin and Yunho Yunho, TVXQ was one of the leading dance groups in the K-pop scene since debuting in 2004.

However, after disputing with agency SM Entertainment over the unfairness of their 13-year exclusive contract, Kim Jae-joong, Park Yoo-chun and Junsu halted their activities as TVXQ and instead formed trio JYJ.

TVXQ is now a duo with members Changmin Lee Changmin and Yunho Yunho, who are set to make their comeback to the music scene with a new album on January 5.

"TVXQ to release music video for song from SBS drama "
by HanCinema is licensed under a Creative Commons Attribution-Share Alike 3.0 Unported License.
Based on a work from this source