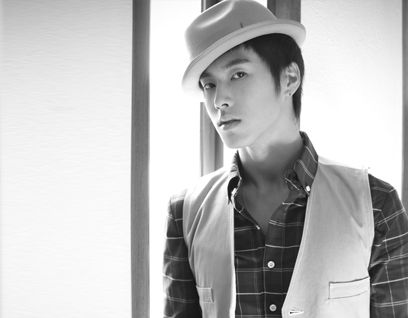 Yunho, the leader of Korean idol group TVXQ has been selected to perform in a commemorative concert for King of Pop Michael Jackson, according to concert promoter S2 Entertainment on Friday.

The singer, a huge fan of Jackson, has reportedly been asked to appear in the Korean leg of the"2010 This Is It World Tour", which will be held March 27 and 28 at Yongsan War Memorial Peace Plaza.

"We sent information on several Korean artists to be picked as a member to join the tour", an official at S2 was quoted as saying. "The managing director in the U.S. looked at Yunho's file and said that he didn't need to see anyone else's".

Yunho will be leaving for Las Vegas early next month and rehearse for the concert with local performers.

Tickets for the "This Is It" Seoul concert, titled "Band from MICHAEL JACKSON's THIS IS IT the Movie with Yunho", will be available on yes24.com starting March 2.

Yunho, whose real name is Jung Yunho, made his debut in 2004 in the five-member boy band which is now one of the most successful K-pop acts in Asia. They reportedly have the largest fanbase in the world and have enjoyed great success in the Japanese music industry in particular.

He also tried his hand at acting last year, playing a soccer player in MBC TV series "No Limit".

"TVXQ Yunho to sing in Michael Jackson "This Is It" Korea show"
by HanCinema is licensed under a Creative Commons Attribution-Share Alike 3.0 Unported License.
Based on a work from this source