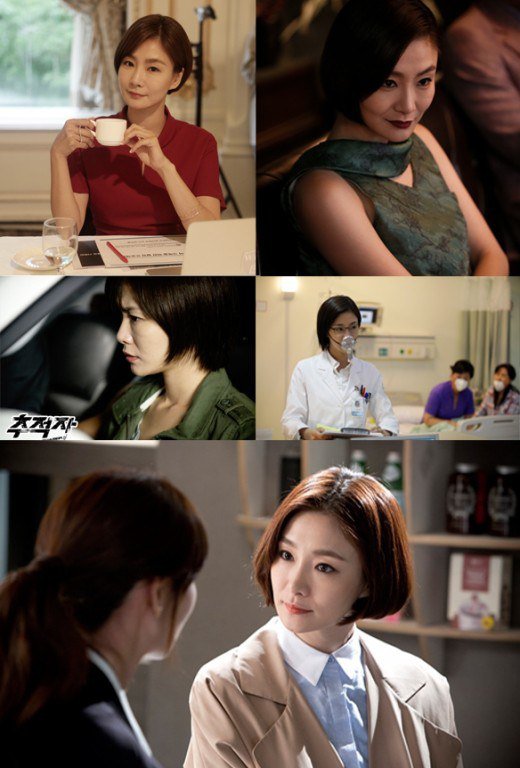 She plays Kim I-jin, the youngest daughter of the university director and a good teammate to Kim Woo-cheol (Choi Won-young), the husband of Ha No-ra (Choi Ji-woo). Her previous roles in previous dramas and movies have come to attention again.

Park Hyo-joo started becoming famous in the 2007 drama "Chosun Police Season 1". She then starred in the movie "The Chaser" and the drama version of it as a detective and was called 'a detective specialist actress'. She was an agent in the dramas "Secret Agent Miss Oh", "Little Girl K" and a fashion managing director in "I Need Romance Season 3". In the movie "The Flu", she played a doctor and left a deep impression of her character.

This wouldn't have been possible without Park Hyo-joo's efforts on understanding her character and analyzing ways to effectively deliver the professionalism and reality of the profession. In "Twenty Again" she is a university professor set with everything she needs for her character.

Park Hyo-joo is also looking forward to play roles of a producer, an editor and reporter in her upcoming works.

Meanwhile, "Twenty Again" is a drama about Ha No-ra (Choi Ji-woo) who becomes a mother at the age of 19 and decides to go back to school 20 years later.

""Twenty Again" Park Hyo-joo, a specialist in specialists "
by HanCinema is licensed under a Creative Commons Attribution-Share Alike 3.0 Unported License.
Based on a work from this source