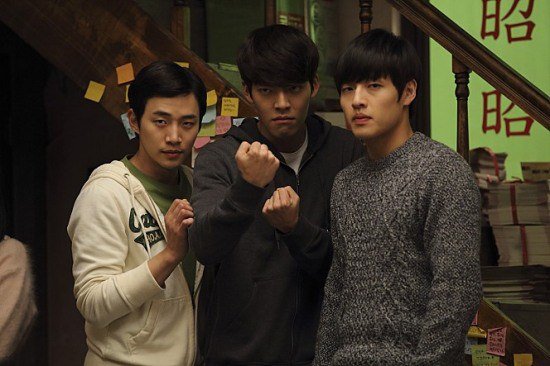 Tickets for "Twenty" have been selling like mad 10 days ahead of the release.

According to the Korean Film Council, "Twenty" has been in the top regarding ticket sales.

"Twenty" is expected to be the one that brings back life to the deserted month of March. Word also must be getting out, from those who saw the movie at the premier event.

"Twenty" is a comedy about sharing the most embarrassing moments between Chi-ho (Kim Woo-bin), Dong-woo (Lee Junho) and Kyeong-jae (Kang Ha-neul).

""Twenty" tickets selling well before release"
by HanCinema is licensed under a Creative Commons Attribution-Share Alike 3.0 Unported License.
Based on a work from this source