Twisty Thriller Draws 1 Million Viewers in Less Than a Week 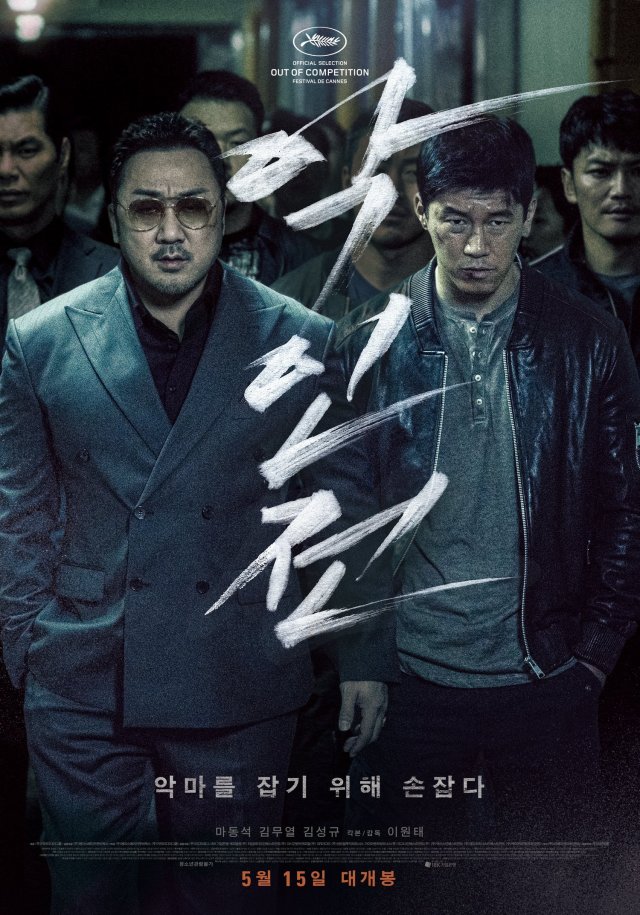 Actor Ma Dong-seok's latest film "The Gangster, The Cop, The Devil", released last Wednesday, may seem just like any other gangster movie, but after 20 minutes it becomes clear that the twisty plot is unique and why it attracted over a million viewers in just four days.

The story is simple. A gang leader, played by Ma, and a detective, played by Kim Moo-yul, secretly strike a deal to hunt down a serial killer. This strange alliance cleverly blurs the boundaries between good and evil, legal and illegal.

The movie has already been sold to 104 countries, and a Hollywood remake is already in the works. Balboa Productions, led by Sylvester Stallone, will produce and Ma is tipped to star in it again.

The original, meanwhile, will be shown at a midnight screening at the Cannes International Film Festival on Wednesday.